Dutch website OneMoreThing grabbed some pictures of the unique vessel that Steve Jobs was designing at the time of his death with French designer Philippe Starck over a year ago. The project was started in 2009, and Jobs’ wife and three of his children attended today’s launch of “Venus”.

The boat certainly has an interesting look/shape.

The control center of course has iMacs (are those the new ones?!) 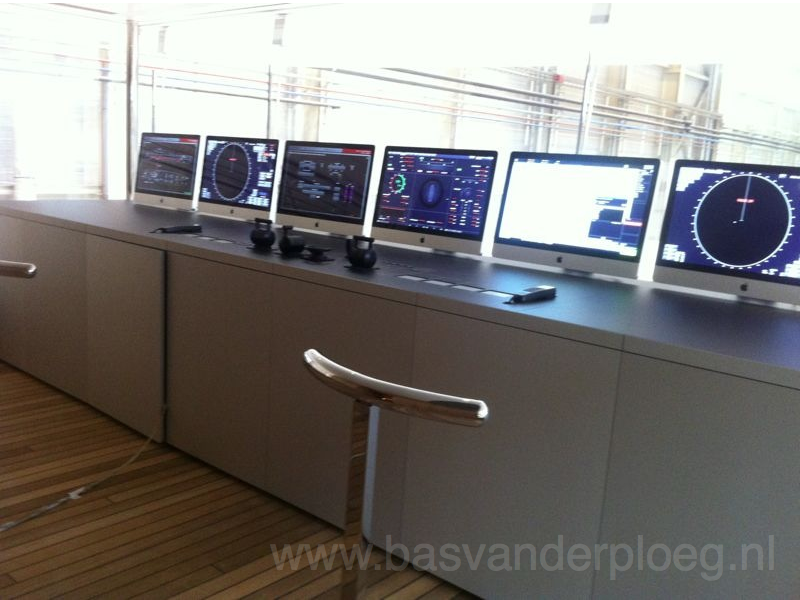 The people who worked on the vessel were given iPod shuffles as a gift from the Jobs family.

We received additional photos of the yacht and placed those and a video below: