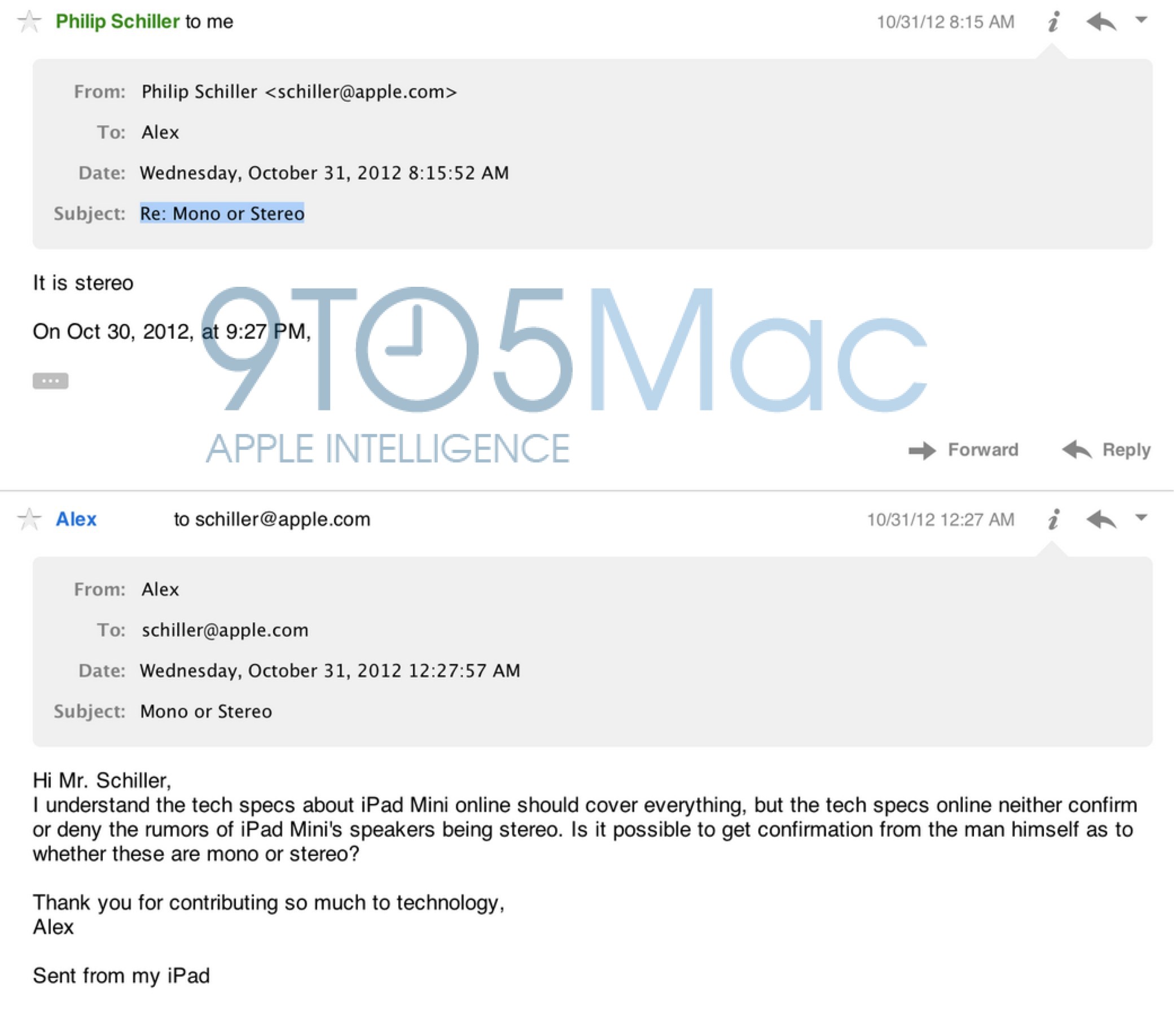 When Apple’s Senior Vice President of Marketing Phil Schiller unveiled the iPad mini on stage earlier this month, he didn’t discuss the speaker on the new device. There were rumors that the iPad mini might include stereo speakers, but tech specs on Apple’s website only list a “built-in speaker” for iPads. Adding to the rumors that iPad mini might actually have a mono speaker, Amazon posted a comparison of the new iPad and its Kindle Fire HD tablet, listing dual stereo speakers vs a mono speaker as one of the the Kindle’s advantages. A curious 9to5 reader wanted to find out what speaker Apple is actually including in the device and was able to get an email response direct from Phil Schiller.

I understand the tech specs about iPad Mini online should cover everything, but the tech specs online neither confirm or deny the rumors of iPad Mini’s speakers being stereo. Is it possible to get confirmation from the man himself as to whether these are mono or stereo?

Schiller doesn’t respond to all customer emails, but seems to answer questions that are a source of controversy. Following the iPhone 5 launch, we posted an email from Schiller to a customer regarding scratches on the device.

Amazon has now removed the comparison ad (below) from its homepage. 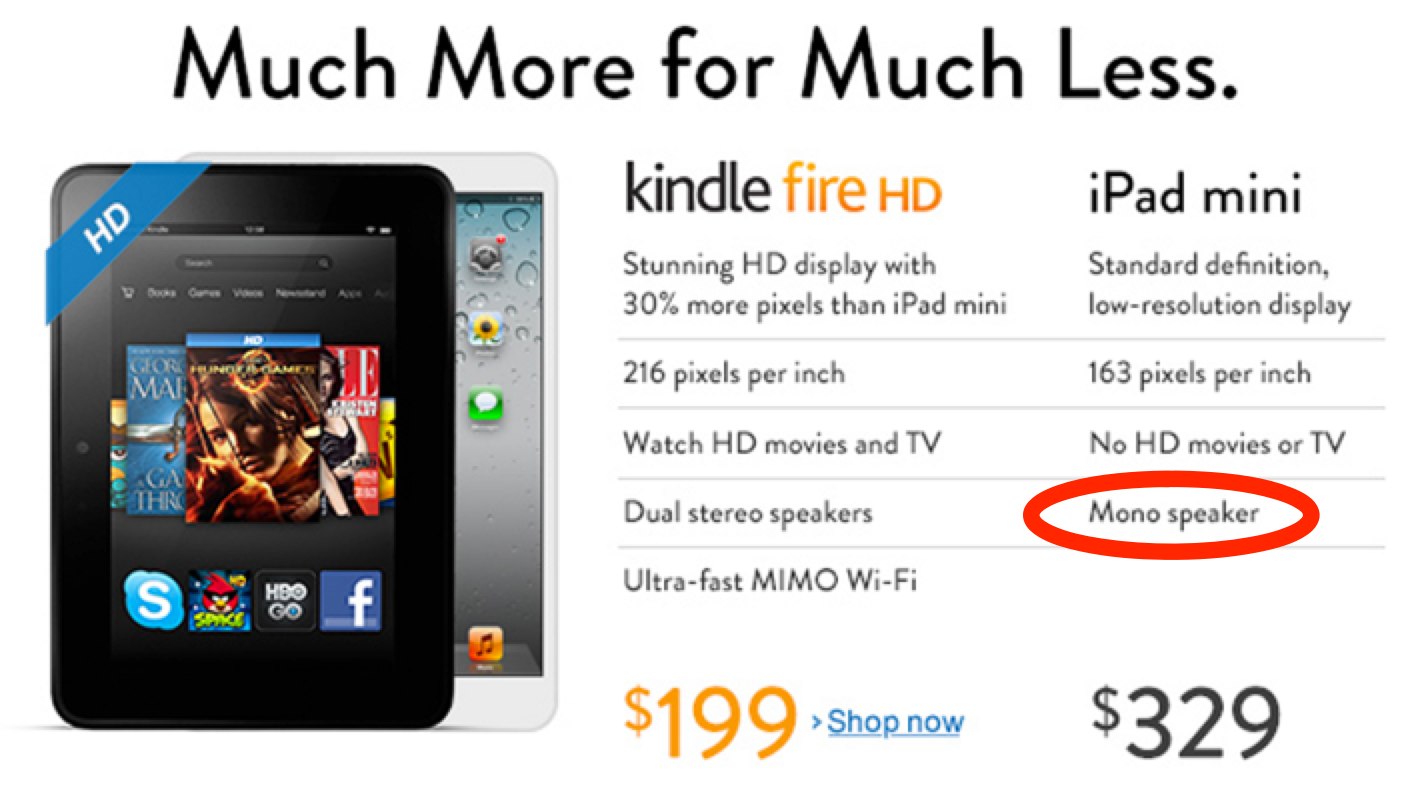