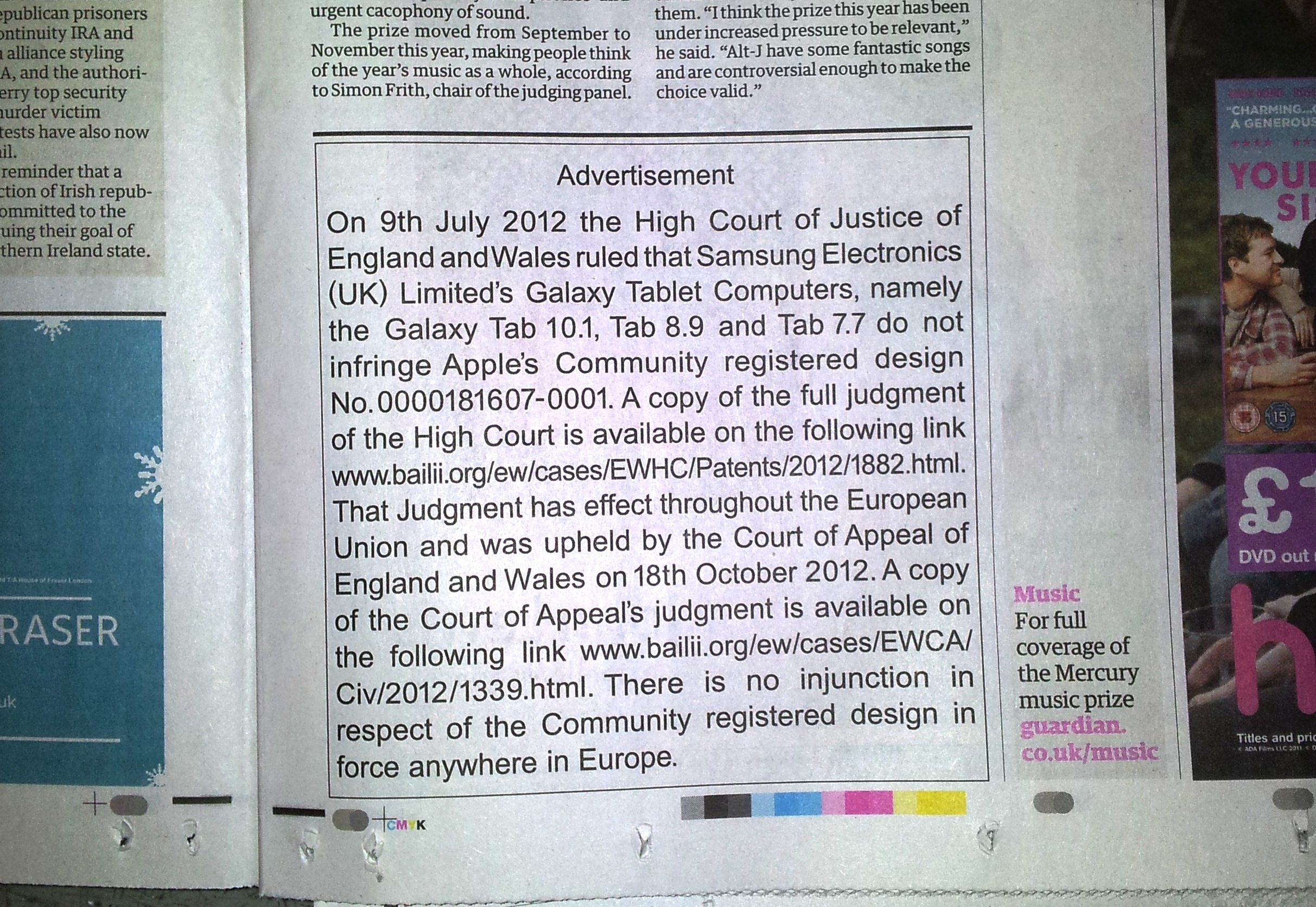 Yesterday, we told you the U.K. Court of Appeal in London ordered Apple to remove “inaccurate comments” from the Samsung apology posted on its U.K. website within 24 hours. As part of the initial ruling, Apple was also supposed to post newspaper advertisements in the country explaining the court ruled Samsung did not copy the iPad’s design. Today, Apple removed the apology from its U.K. website, but it has yet to publish an altered version removing the four paragraphs the court took issue with. Apple originally requested 14 days to make changes, but the judge rejected that request.

At least Apple’s newspaper ad did not include the “not as cool” statements the courts had a problem with. TheNextWeb posted the image above; showing one of Apple’s ads ran in this morning’s Guardian.