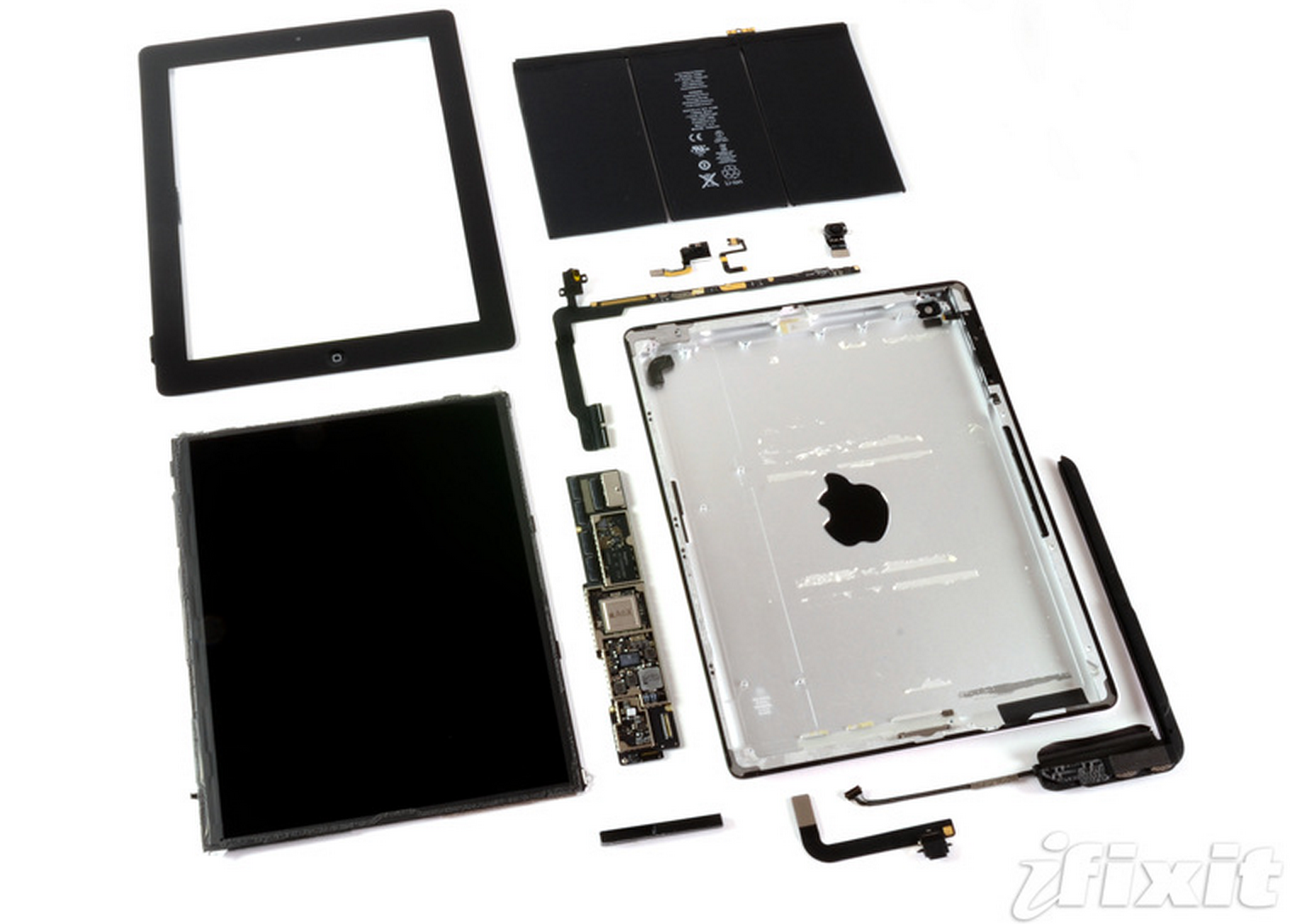 Lines are a little bit shorter than most expect from an Apple product launch, but today Apple’s new iPad lineup, the mini and fourth-generation with Retina, officially go on sale. While the new fourth-generation Retina iPad is not a whole lot different from the iPad 3 it replaced, iFixit has took apart the new iPad to find out the exact changes made on the inside.

A few things of note: iFixit found the LCD is manufactured by LG, as opposed to the likely Samsung-manufactured display found on the iPad mini. We also get a peek at the new A6X and the new Lightning connector. Unfortunately, Apple doesn’t appear to have taken advantage of the potential to save space with the new connector:

Apple didn’t save any space by switching to the smaller Lightning connector (lower); rather they let the Lightning cable sit in a frame the same size as the 30-pin dock connector (upper)… We were hoping that space savings would yield bigger, better speakers. Very disappointing, indeed.

Apart from the slightly upgraded front-facing camera, most other components, such as RAM and the battery, appear to be the same as iPad 3:

The iPad 4 received a not-so-great repairability score of 2 out of 10. You can check out the full tear down here.