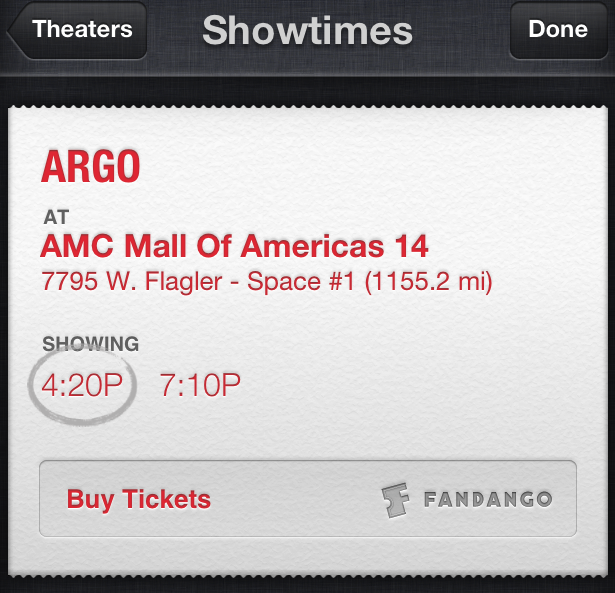 Apple’s upcoming release of iOS 6.1 will include a new feature for Siri: the ability to get movie tickets. The feature, according to developers who are beta testing the new iPhone, iPad, and iPod touch operating system, works via Fandango. To purchase movie tickets, a user simply needs to ask their iOS device to buy tickets for a certain movie.

Apple even describes the commands in the Siri information menu: When a user asks for movie tickets for a certain movie, the applicable showtimes and theater information will be shown. Then, a user can click the buy movie tickets button and they will be routed to finish their purchase via the Fandango app from the App Store. If the user does not have Fandango installed, Siri provides a button to download the Fandango app.

Apple says that the feature is currently exclusive to users in the U.S. Additionally, developers who have used the feature say that it is not compatible with all theaters. Compatible theaters listed by Siri are accompanied by a small movie tickets icon.

Below is a gallery of the process to buy tickets via Siri in iOS 6.1 (Thanks, Aaron):