Apple takes a cue from users, invents packaging that doubles as iPhone/iPad dock 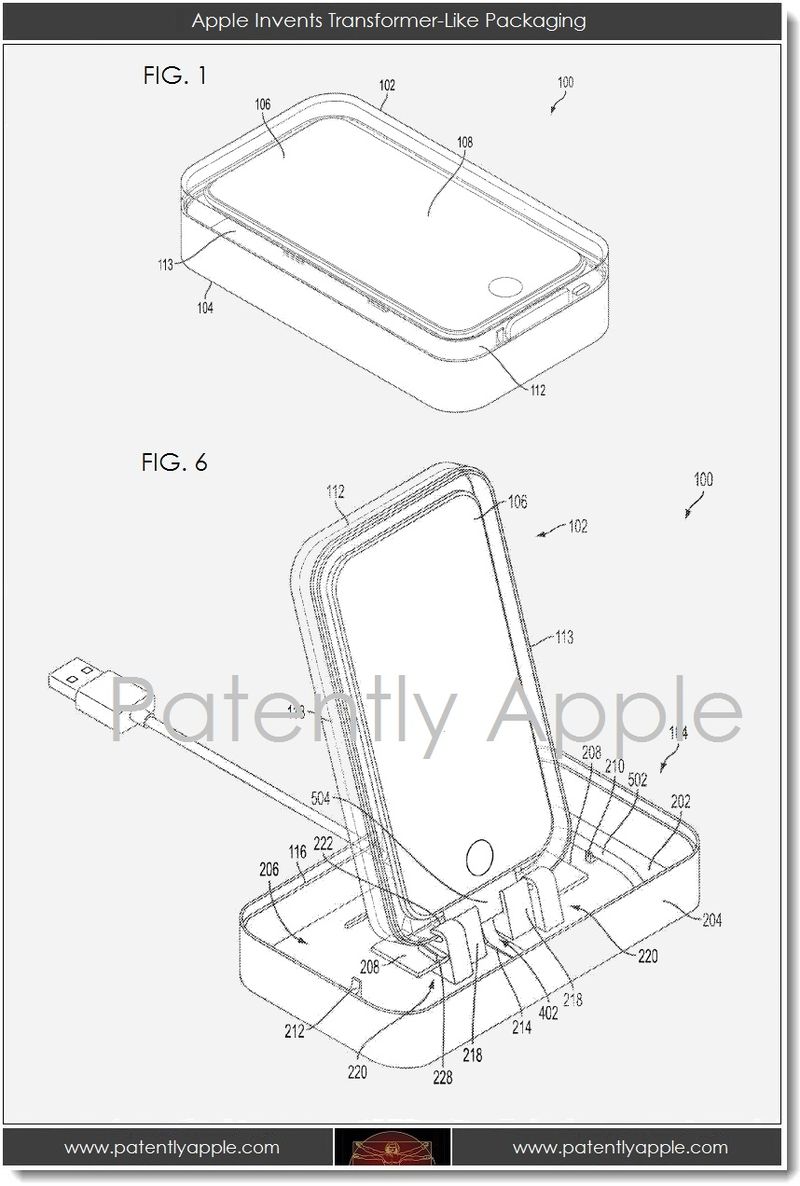 A number of Apple patents and applications have been published today, one of which details an interesting new design for the packaging of iOS devices that would also double as a stand or dock of sorts. The patent application was originally filed in May 2011, but it was published today by the United States Patent and Trademark Office and detailed by PatentlyApple. The image above is pretty self-explanatory, showing iPod nano-like packaging with a removable lid and base that transform into a dock or stand for the device. It appears the dock would act as a permanent solution, with the image above showing room to accommodate a charging cable as well as small parts to hold the device snugly in place.

This is actually something we’ve seen before. Although many iPhone and iPad users have no problem dropping a decent amount of money on a dock, there are no shortage of users who have come up with innovative ways to turn the current iPhone and iPad packaging into a dock and or stand for free. Below is a video, courtesy of GottaBeMobile, showing an iPad mini box being transformed into a free docking station with very little effort: