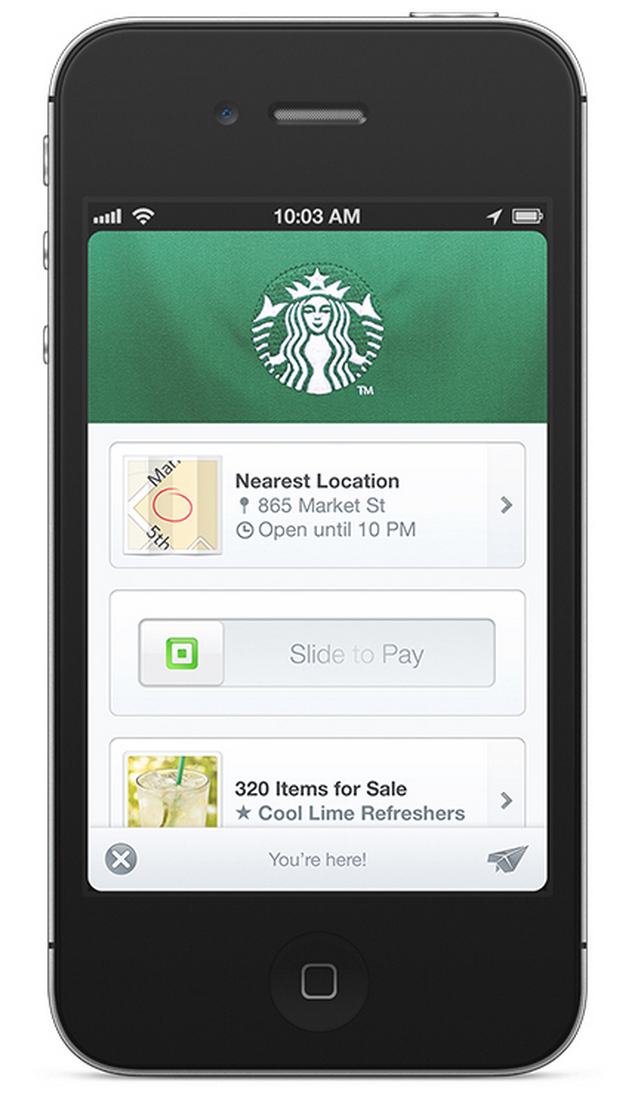 Pay with Square at Starbucks: We already knew Starbucks was signed up to bring Square payments to 7,000 of its stores via the newly renamed “Square Wallet” app. Starbucks just confirmed in a press release that starting today it will officially begin accepting Square payments via a scanned QR.

Fantastical for iPhone: Those familiar with the Mac OS X desktop version of the Fantastical app will be pleased to know developers Flexbits have announced an iPhone version is in the works and coming soon. The Mac version is a slick, menu bar item calendar app for access to reminders and calendar functions, but also has support for iCal, BusyCal, Entourage, Outlook, iCloud, Google Calendar or Yahoo! Calendar. You can sign up to find out when it becomes available here.

Clear for Mac: We knew it was coming and today the Mac App Store version of the popular Clear to do app for iPhone officially makes its way to the Mac.

Jingu Friends:Originally available as a BlackBerry app with more than a million downloads since May 2011 and 3.5 million messages sent monthly, the developers of the Jingu Friends app have released an iOS version of the app today on the App Store. The app allows you to discover new people to chat with through a lounge environment that “immediately drops you into a global conversation stream where you can listen or participate.” From there you can find out more about the messaging apps participants use:

All messages posted on Jingu Friends are public, but users can take their conversations private through seamless integration into smartphone messaging apps like BBM, Hookt, WhatsApp and Kik.

Dragon’s Lair: The classic arcade game already made its way to iPhone and iPad earlier this year, and now the Mac version is available on the Mac App Store for $9.99 now.

FreshBooks for iPad: FreshBooks is coming to the iPad today with version 1.1 introducing a universal app that now supports both iPhone and iPad.

Pinterest version 2.1: Pinterest is introducing a new feature today that allows users to create up to three secret boards to share with friends and family. In a blog post, Pinterest explained how to use the new feature: “go to your profile, tap on the Boards tab, and scroll down to the bottom until you see a button that says Create a Secret Board.”

✭ Send tasks to Clear from other apps

Evernote version 5.0: Evernote already teased the new version 5.0 for iPad and iPhone that is now officially live on the App Store. If you need a refresher, below is a list of everything that’s new in the app:

iDisplay version 2.6.6: While the update on iTunes only lists “Significantly improved performance,” we got the details from the developers that also includes updates to the desktop apps:

What’s new:
– Updated free desktop part of application for Windows or Mac. Windows 8 is now supported.
– iOS 6 and iPhone 5 support.
– New “Shared Main Display” mode. This mode would be of great value for professors in schools and universities who need to mirror their desktop’s screen to students tablets. To prevent any changes from the student’s side we have also added “View only” option in the application’s settings.
– New codecs were added to improve the overall performance
– Menu of the application has been changed in order to bring more pleasant user experience. Now it’s even more simple and very easy-to-use.