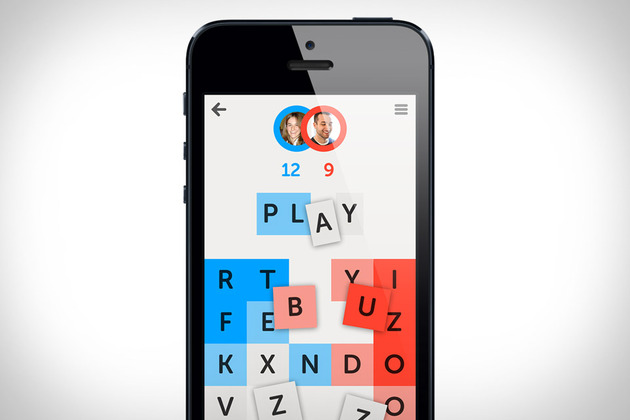 Game Center’s shining light, known as Letterpress, which is a free word game created by Tweetie founder Loren Britcher, has been updated to version 1.1 this evening. The popular Words With Friends competitor now features a prominent ‘Rematch!’ button that allows you to quickly fire up another game with the opponent you just lost to. Additionally, Britcher and his company have added new words to the game’s dictionary, a slew of bug fixes, and a lot more in tonight’s update, as seen below. Haven’t tried Letterpress yet? It’s available free on the App Store.

– Rematch! (requires iOS 6 or newer)
– Option to silence sounds. FYI I worked really hard on those sounds. No, no, go ahead, turn off the sounds if you want.
– Added words to the dictionary (and removed a few goofs).
– Fixed “Tell a Friend” via Facebook. People use Facebook?
– Clearer instructions. Yes, days of the week are proper nouns. No, they are not allowed.
– Handle servers errors a bit better. CROSS YOUR FINGERS THAT’S SOME GNARLY CODE.
– Less bugs! Not that I’m saying there were any bugs before. But there are definitely fewer now.
– Fixed syncing deleted games across devices.
– Tiles are now tappier when you tap tiles fast. Tap tappity tap tap.
– I like cookies.
– Send Game Center friend requests right from the app! Holy moly! So cool! Friend your friends with the friendlier friender!
– In-app purchases are less forgetful.
– Does anybody read these? Helloooooo? 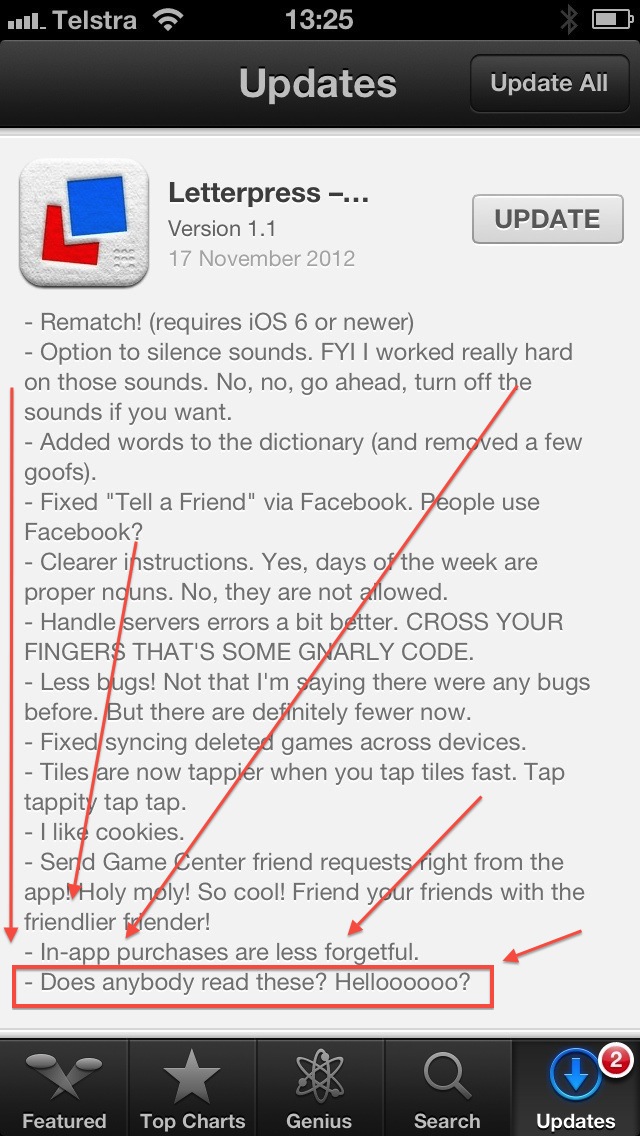