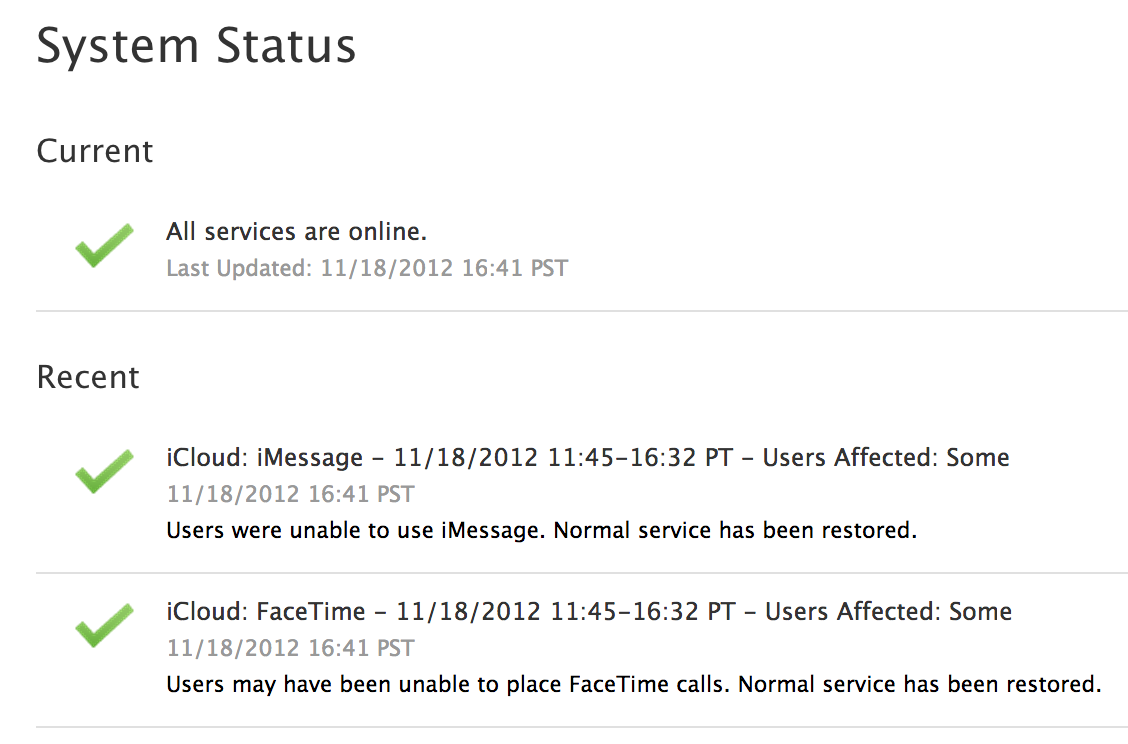 After a particularly long outage today, Apple says it has restored access to both iMessage and FaceTime.

9to5Mac readers first started alerting us today around 3:30PM ET. The outage lasted around four hours and was up and down for some users.

This outage was the latest in a long string of problems for Apple’s iMessages platform which seems to go down on a weekly basis.

Eddy Cue, the executive in charge of Apple’s Cloud services, was recently given a wider role including the addition of Maps and Siri after iOS chief Scott Forstall was let go.