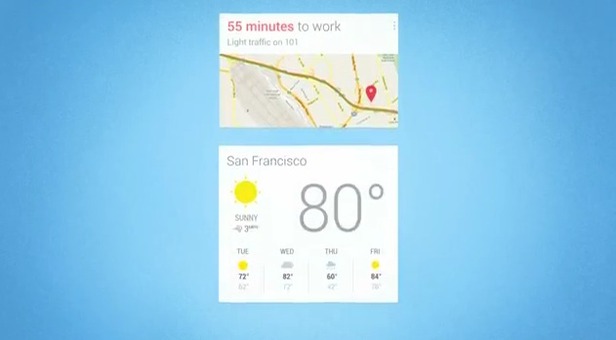 Apple is set to get another taste of Google Now—the Siri competitor out of Mountain View. This time, in Chrome for Mac. Google Plus user François Beaufort discovered (via CNET) references to Google Now in the latest Chromium build yesterday that said “creating a skeleton for Google Now for Chrome implementation.” It’s not clear how long it will take for the new feature to roll out, but the code hints to Google Now’s features appearing in Google Chrome’s notification cards.

We talked about Google Now several times before. It is the service out of Google that allows users to use natural speech to access information—much like Siri. Some may even consider Google Now more robust than Siri, because it allows for Android users to access detailed weather reports, trip reminders, birthdays, restaurant reviews, email, events, news, places, traffic, stocks, and more through customizable cards. It was formally introduced in Google’s latest Android OS, Jelly Bean. Google Now also looks for user patterns, including calendar appointments and location, to provide users with more relevant information. Having the feature on Chrome for Mac may be pretty useful.

As we reported last month, early builds of OS X 10.9 include Siri integration, which would integrate voice recognition deep into the entire OS and not just one browser. Currently, OS X Mountain Lion offers Dictation—a feature that allows users to use natural voice to enter words into queries. If Google Now rolls out to Chrome for Mac, what’s to stop it from hitting Chrome for iOS? As we highlighted before, Google Search for iOS includes many Google Now-like features. We should learn more in the coming weeks.