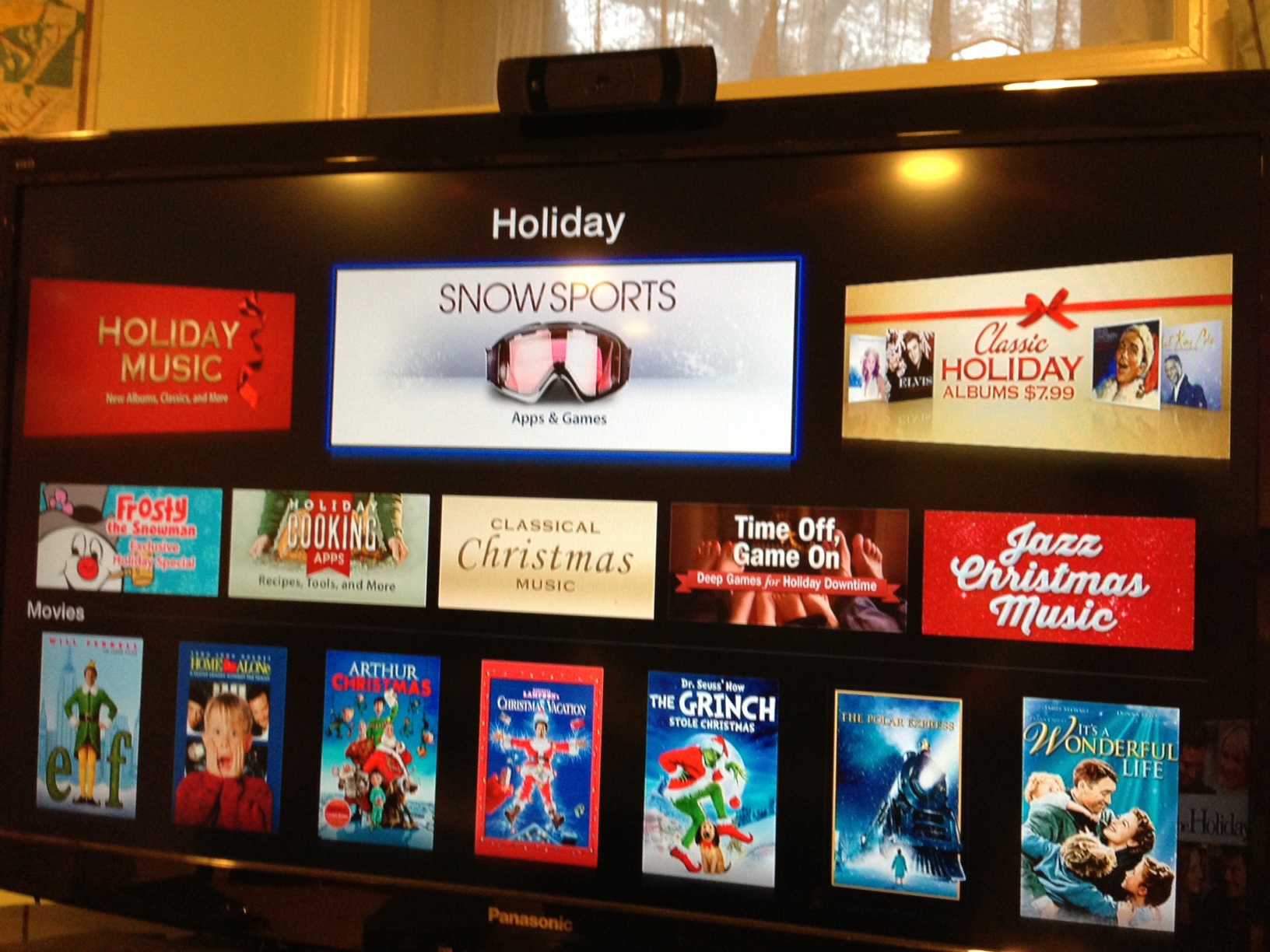 Apple recently updated iTunes and Apple TV content with holiday-themed sections, featuring “Holiday apps & games” and “Snow Sports” sections on the top of the App Store in iTunes and on iOS devices. Curiously, as spotted by Mac OS Ken, Apple is also displaying holiday-themed sections on Apple TV and advertising apps for not only snow sports but also “Apps for Shopping”, “Holiday Cooking Apps”, “Deep Games for Holiday Downtime”, and more.

Selecting the banners for most of these new sections leads to an empty page, without any apps listed (as pictured in the gallery below). Some, such as the Apps for Shopping section, doesn’t appear to be working at all. This is of course going to lead to speculation that Apple has plans to bring iOS apps to Apple TV in the near future, but it’s more likely Apple is mistakenly displaying iTunes/iPhone content on Apple TV (the iTunes store already displays some of the same holiday-themed sections).

Last week, we told you that Apple’s latest Apple TV beta included a new Bluetooth pairing menu. The feature currently allows for connecting wireless keyboards to second- and third-gen Apple TVs, indicating Apple has plans to introduce the feature in an upcoming update. A full gallery of the Apple TV holiday app sections below: