References for Office Mobile for iPhone, iPad Excel and PowerPoint apps show up on Microsoft’s website 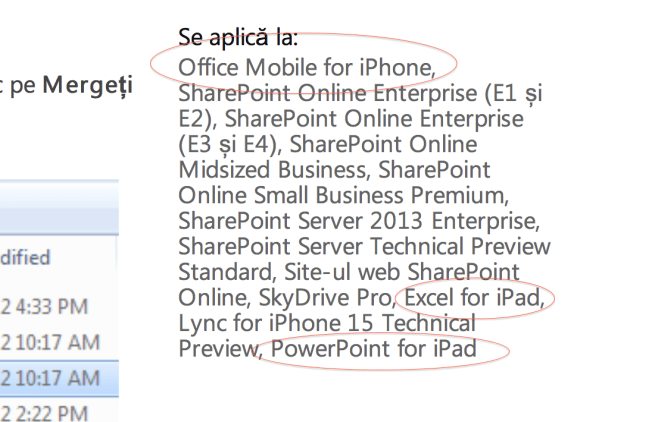 Last month, photos of a purported build of Microsoft’s upcoming iOS Office app leaked out. It seems that, given the reportedly basic iPhone editing functionality of said build, that these may be photos of the “Office Mobile for iPhone” references on Microsoft’s website. Full-fledged iPad Excel and PowerPoint iPad apps were not discussed in The Verge report regarding leaked iOS Office app screenshots, but screenshots from a report from The Daily earlier this year appear to have shown more functional Microsoft iPad apps.

Microsoft is reportedly set to begin rolling out its iOS Office applications sometime in early 2013, possibly in February or March.