Turnplay: Based on the classic Technics SL1200 turntable, which sold more than three million units worldwide, Turnplay is a new app aiming to bring a realistic turnable experienced to iPad. The app features pitch control, full realistic record control, and 33/45 buttons. The app is on sale for 50% off (99 cents) to celebrate its introduction.

The world’s most popular vinyl turntable which sold over 3.000.000 copies worldwide is now available on iPad!

Tweetbot for Twitter 1.1 (for Mac): The Tweetbot for Twitter Mac App Store app gets a big update today that brings new global hot keys for new tweets and “show/hide”, an “All Tweets” option for notifications on 10.8, keyboard shortcuts for Email, Tweet, and Read Later, and much more. Tapbots are also listing a ton of fixes in version 1.1 on the app’s iTunes page.

– New global hot keys for show/hide and new tweets available in preferences
– New “All Tweets” notification preference available (10.8 only)
– If you pin timeline to top in preferences it will now also pin other non-streaming columns to the top (searches, lists, etc)
– Added support for visual sync marker
– Keyboard shortcuts for Read Later and Email Tweet
– Trends now autorefresh if used in a column
– Clicking menu bar item rows will now open main window if needed. Will also go to correct space if main window is on a different space/desktop
– Moom and Tweetbot are now better friends 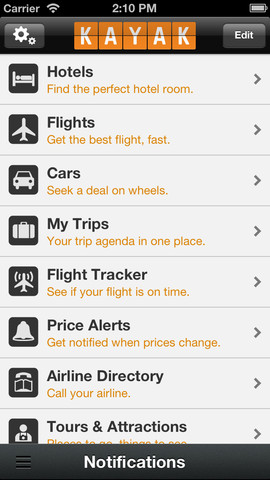 Features for GEICO policyholders:
* Personalize it! Customize your policy by uploading pictures of your drivers and vehicles.
* Interactive insurance charts and graphics
* View, Print, Email and Save your important policy documents including your Digital Insurance ID cards. How convenient is that!
* Pay your bill with one click, or view your payment information
* View a detailed breakdown of your discounts and coverage
* View your claims status and information
* View driver and vehicle information
* Update your contact information
Features for everyone:
* The Claims Process- Helps guide you on what to do after you’ve been involved in an accident
* Easy to locate Taxi, Rental Car, Tow, Gas Station, Locksmith, and Repair Shops applicable to your current or distant location
* Roadside Service- Flat tire? Check Tire pressure? Jump start your car? GEICO’s How To videos and Step-by-step instructions prove useful when you need help.

iNgredients: “iNgredients is a barcode scanning app that makes it easier to find and filter ingredients in food products.” The application also features filters for certain ingredients so you can choose to stay away from certain foods.

Batman: Arkham City for Mac: Feral Interactive announced today that the Game of The Year Edition of Batman Arkham City is finally available for Macs starting today. You can get the game, originally released for PS3 and Xbox 360, for $40 from the Mac App Store and elsewhere.(via The Loop)