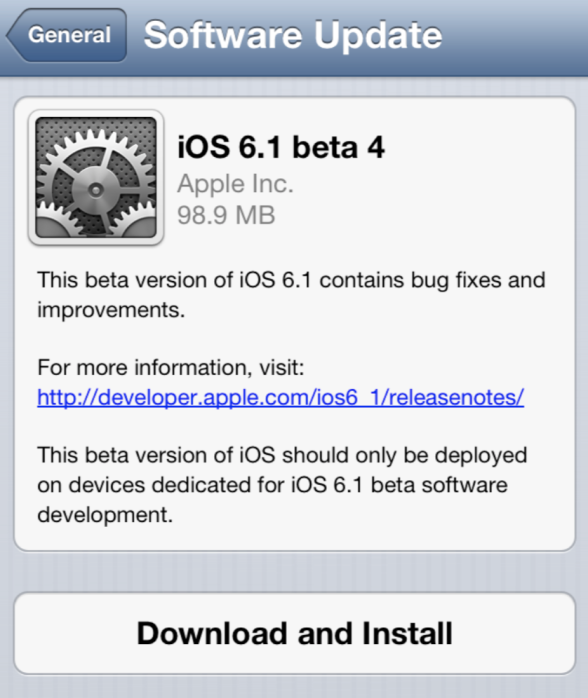 Apple has released iOS 6.1 beta 4 to developers. The new update just hit as an OTA update for those with iOS 6.1 beta already installed.

Additionally, Apple has seeded a new preview of Xcode 4.6 and a new Apple TV beta to developers.