Mossberg agrees with Pogue: Google Maps is the best…on iPhone

The New York Times’ technology columnist David Pogue said last week that even Google thought its iOS Maps app is better than the Android version, mostly because that version just piled on feature after feature without a rethink.

However, the biggest news here is that the new iPhone version of Google Maps isn’t just better than Apple Maps. For now, at least, Google Maps is better in most respects on the iPhone than it is on Android phones. It has been redesigned with a cleaner, simpler user interface that makes it easier to use. Google officials say they took the sudden need to build a new iPhone version as an opportunity to rethink the popular app from the ground up.

Google is supposedly looking to rebuild its Android version based on what it did for the iPhone app. 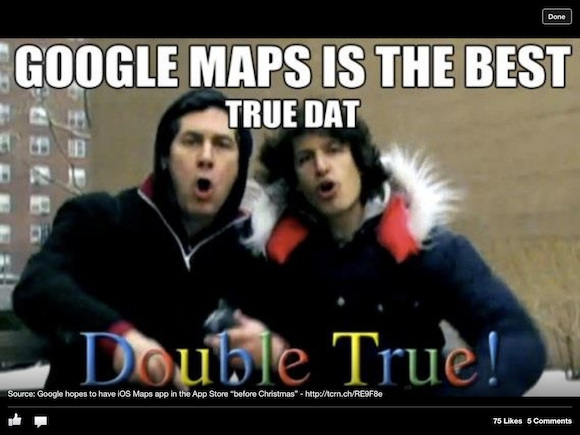