Report: iPhone captures record 53 percent of US smartphone market for the first time as Android drops to 42 percent 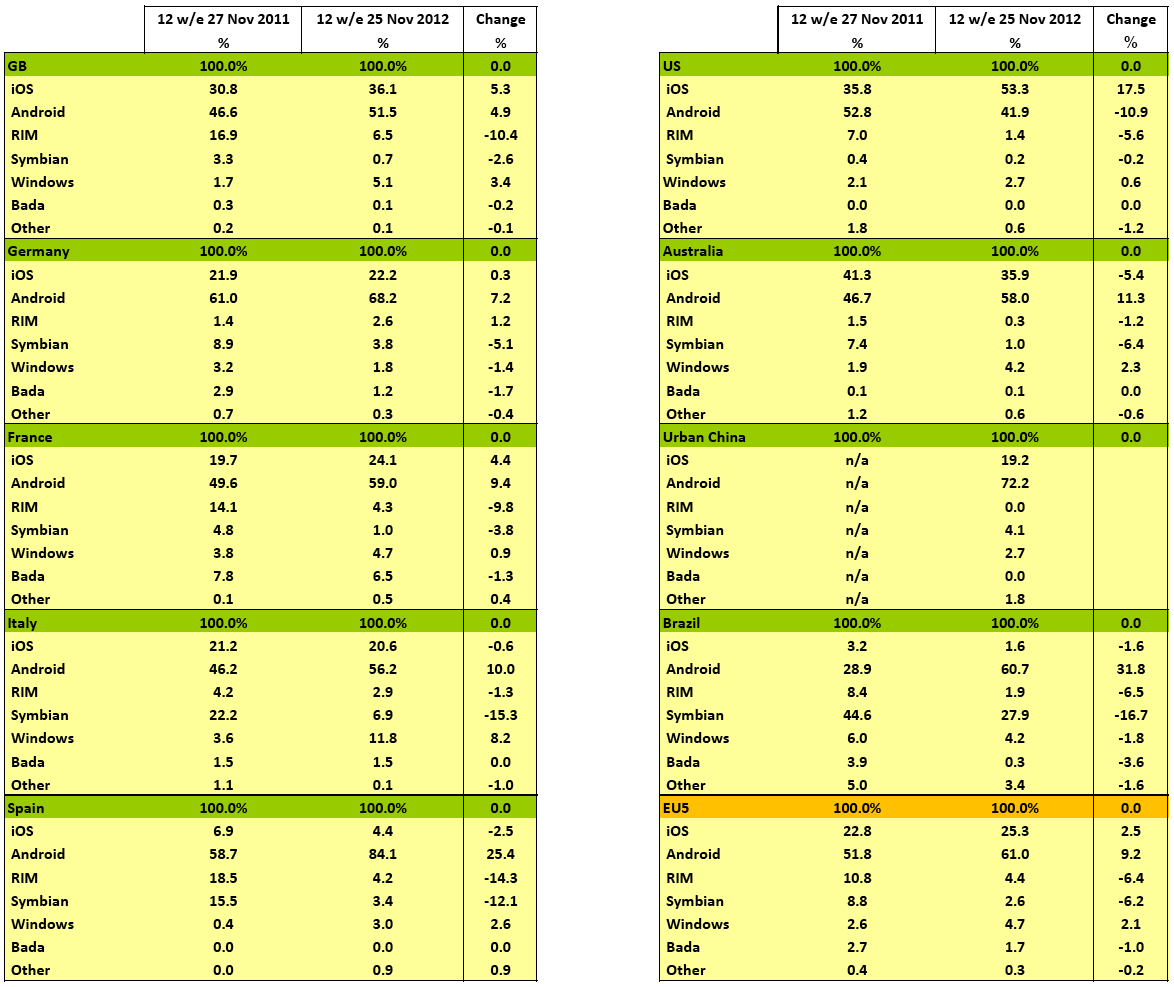 Kantar Worldpanel ComTech is out with its latest set of sales data today (via BusinessInsider). It claimed the iPhone now has 53 percent of the United States smartphone market. That’s up from 37 percent a year ago and sees Apple passing the 50 percent mark for the first time. The 12-week period ending Nov. 25 included in the report also put Android at 42 percent, which is a relatively significant drop from the 53 percent of the market it had a year ago during the same period. However, Android was still able to maintain the highest share in Europe up 10 percentage points to 61 percent:

The latest smartphone sales data from Kantar Worldpanel ComTech shows Apple has achieved its highest ever share in the US (53.3%) in the latest 12 weeks*, with the iPhone 5 helping to boost sales. In Europe, however, Android retains the highest share with 61% of the market, up from 51.8% a year ago.

Kantar’s Dominic Sunnebo said he expected Apple to gain even more marketshare in the weeks to come: “Apple has reached a major milestone in the US by passing the 50% share mark for the first time, with further gains expected to be made during December.” As for Apple’s position behind Samsung as the top smartphone OEM in Europe, Kantar has Samsung at 44.3-percent across five of the biggest markets. Apple sits in second at 25.3-percent:

Meanwhile in Europe, Samsung continues to hold the number one smartphone manufacturer spot across the big five countries, with 44.3% share in the latest 12 weeks. Apple takes second place with 25.3% share while HTC, Sony and Nokia shares remain close in the chase for third position.