comScore: iOS and Android continue move toward duopoly with 90 percent of US market in November 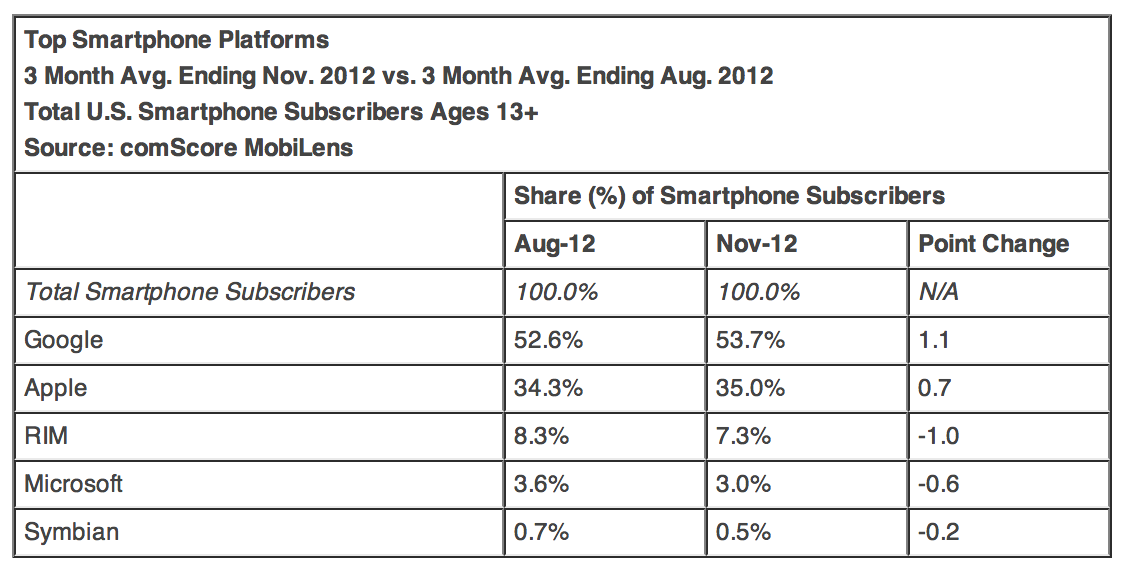 According to the latest numbers from comScore MobiLens for the United States mobile phone market, Apple and Samsung both continue to gain marketshare as the leading OEMs as Android and iOS move closer toward a duopoly with a combined almost 90 percent of the market. ComScore’s latest numbers track the three-month period ending in November, which saw Apple jump from 17.1-percent in August to 18.5-percent of the U.S. mobile phone market. Samsung continued its lead jumping up 1.2-percent to 26.9-percent, while gains for both companies come at the expense of decreases in market share for LG, Motorola, and HTC.