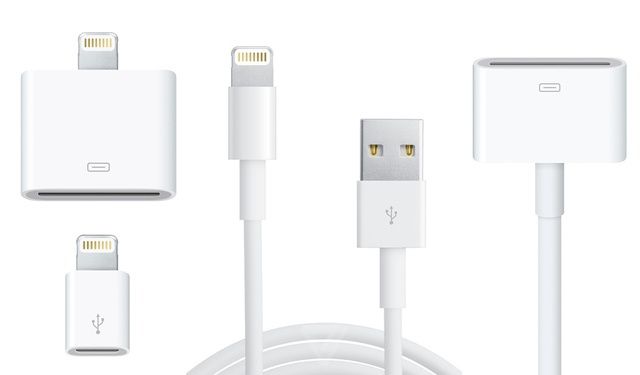 The U.S. Customs and Border Protection agency protects the nation’s borders, keeps terrorists and their weapons out of the country, and it seizes counterfeit goods—like more than $635,000 worth of fake Apple products found in Alaska this week.

CBP announced on Thursday that it conducted a routine search in Anchorage on a Chinese plane headed toward several United States locations. The goods onboard looked like iPhone 5 Lightning connector cables and adapters (that’s a lot of $2 fakes!), and they even sported Apple logos and Underwriters Laboratories trademark icons.

CBP did not name the Chinese manufacturer behind the shipment, but the agency promptly destroyed the fakes. CBP spokesperson Frank Falcon said they were low-grade knock-offs and were clear counterfeits, according to the Alaska Dispatch, as they were sealed in “cardboard blister packs that were sub-standard compared to Apple’s trademark white packaging.”

A similar seizure, but this time worth millions of dollars, occurred in North Texas last July. Like the Alaska shipment, the counterfeit Apple cases came from China. The goods had a total value of more than $4 million, a local CBS new station reported.

“We intercepted 281 cartons that contained cell phone cases that included a paper insert that infringed on the Apple Inc. trademark,” said CBP spokesperson Yolanda Choates. “The importer would ship these cases out and a consumer would look at the case and see the Apple logo and just assume that it was an Apple product.”

New Jersey State Police arrested a Roselle Park man in November and charged him with possession of $684,620 worth of counterfeit products that falsely boasted trademarks by Apple, Dell, Microsoft, etc. According to NJ.com, Mark Lin, then 34, allegedly housed over 8,000 fakes at a warehouse on West Westfield Avenue.

Many counterfeit products come from China, and everything from Smart Cover knock-offs to iPhone 5s have originated in the country and landed online and throughout the U.S. in recent months.