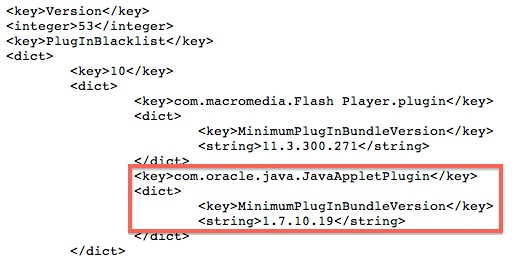 Following the discovery of a security threat in the latest version of Oracle’s Java 7, Apple has blocked the affected Java plugin from OS X. The block comes by way of OS X’s plug-in blacklist feature, as highlighted by MacRumors. OS X’s plugin black-list feature currently requires a yet-to-be released or officially announced update to Java 7 in order for Java 7 to function.