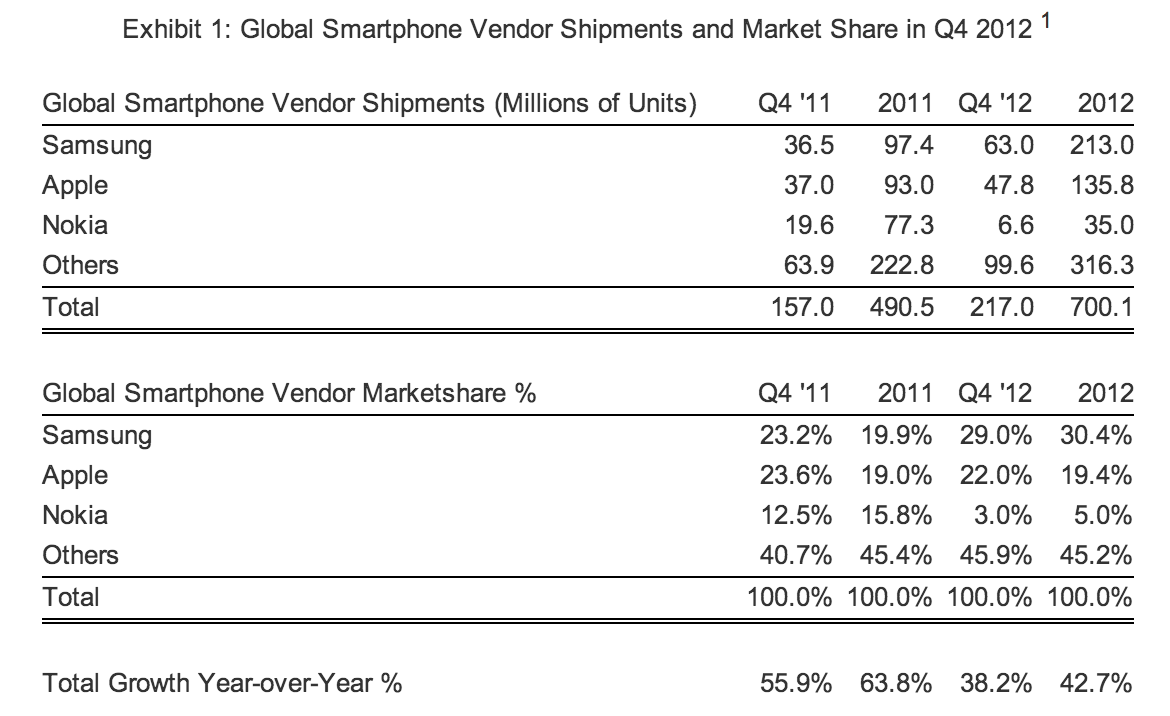 While Samsung has conveniently left specific smartphone sales numbers out of its Q4 earnings release yesterday (as usual), today we get a look at the latest estimates for the quarter coming from research firms Strategy Analytics and IDC.

The increasing market share for Apple, and especially Samsung, over the past year comes at the expense of Nokia. It experienced a drop from 16 percent to 5 percent of the market during the past year.

It’s important to note that Samsung’s numbers from both IDC and Strategy Analytics are estimates, because Samsung doesn’t release specifics for its smartphone sales. While we know exactly how many smartphones Apple sold during the quarter, it’s unclear if the estimates for Samsung include smartphones shipped versus sold. You can get IDC’s report here and Strategy Analytics’ report here.