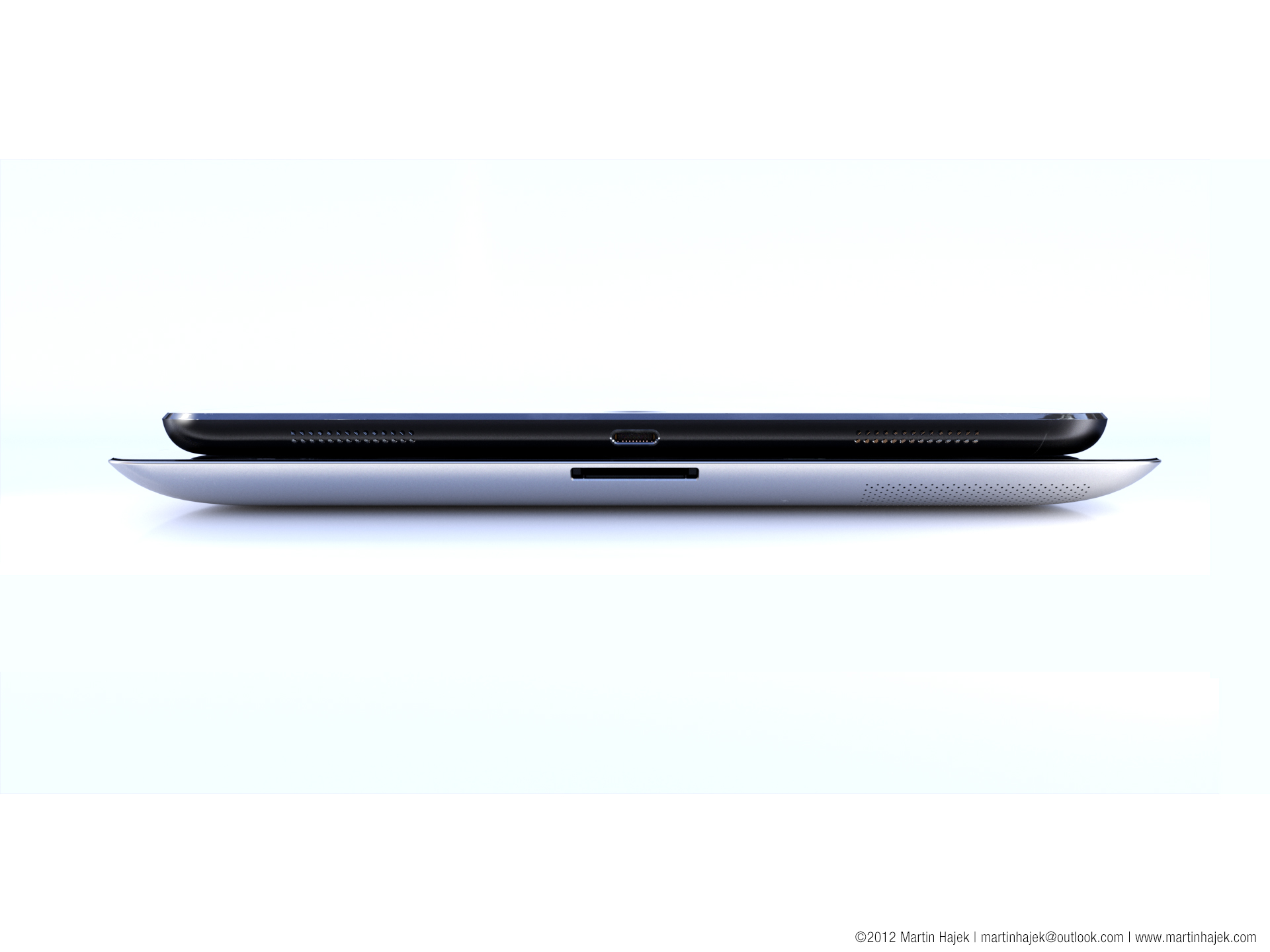 A new report from Jeremy Horwitz of iLounge provided us with what he claimed is a few details on the upcoming fifth-generation iPad based on hands-on time with a “supposedly accurate” physical model. He also claimed to have details on upcoming iPhone releases.

Horwitz noted he has inspected what he believed are casings for the iPad 5, and he described a completely redesigned device with “virtually no left or right bezels, and only enough space above and below the screen to accommodate the mandatory camera and Home Button elements.” As previously rumored, Horwitz claimed the fifth-gen iPad as iPad mini-like in its physical design with similar “chamfered edges and curves” along with the slimmed down bezel.

He also speculated that Apple could go with an IGZO display to achieve what he said is a much thinner design compared to previous generations:

Beyond that, it’s noticeably thinner, as well, which is to say the the fifth-generation iPad will be smaller in every dimension than its predecessors. As it will have the same chamfered edges and curves, calling it a “stretched iPad mini” is very close to entirely accurate… The changes are so considerable that a new screen technology, such as IGZO, seems like a given. Going Retina for the third-generation iPad forced Apple to make that tablet a little thicker than the iPad 2, in part to seriously beef up the battery.

The report also said that Apple is now targeting an October release for the iPad 5, “give or take a couple of weeks,” after originally planning for a March launch.

Horwitz, who has been accurate with details of unreleased Apple products in the past, also claimed to have new details on the upcoming iPhone releases:

The iPhone 5S will apparently look very much like the iPhone 5, but with a larger rear flash, and is indeed coming this year. Also planned for a 2013 release is Apple’s “low-cost” plastic-bodied iPhone, which is being developed with China Mobile in mind: the government-owned telecom company has over 700 million subscribers… Addressing the so-called “iPhone Math”—hinted by one source as a mistranslation of “iPhone +”—we’ve been told that this is another new model and in early prototyping stages, certainly not expected in 2013. It supposedly has a 4.7” screen, at least for the time being