Is BlackBerry 10 an iPhone competitor? The reviews are in 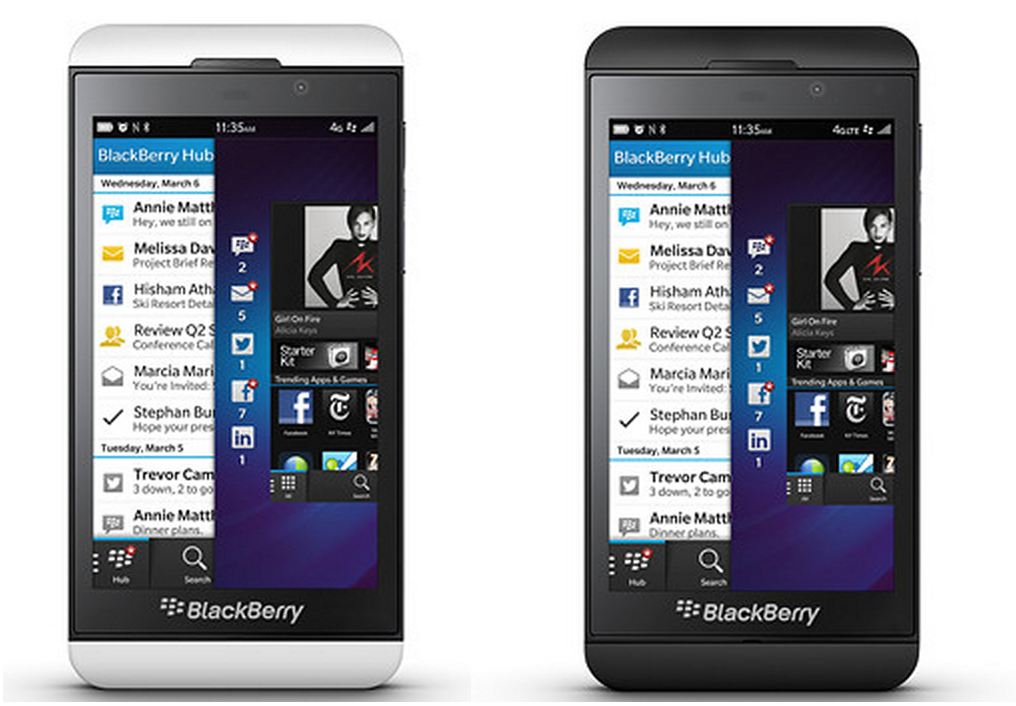 The company formerly known as RIM, BlackBerry, today announced its latest lineup of devices running BlackBerry 10. On top of the rebranding of the company, executives took the stage to show off the new 4.2-inch BlackBerry Z10 and a second model launching equipped with a QWERTY keyboard. Some of the early reviews for the devices and BB10 are starting to roll in, and we put together a roundup of first impressions below:

The Z10 and BB10 represent a radical reinvention of the BlackBerry. The hardware is decent and the user interface is logical and generally easy to use. I believe it has a chance of getting RIM back into the game, if the company can attract a lot more apps…. Master BlackBerry thumb typists might not find it as fast as the traditional physical keyboard, but, for a one-finger typist like me, it was faster and more accurate than either the native keyboards on the iPhone or Android. This is partly because it features predictive typing.

The Z10 is a fine device, well made, reasonably priced, backed by a company with a long track record. But it’s not the only device of its kind, and it’s swimming against a massive wave of entrenched players with really, really good products… . It does everything a modern phone should do, usually without hesitation. It doesn’t do everything perfectly, but it does many things — most things — reasonably well. The problem with the Z10 is that it doesn’t necessarily do anything better than any of its competition.

As a replacement for older versions of BlackBerry OS, BB 10 is a huge step out of the dark ages of mobile OS design. It’s something that finally feels intended for a modern, full-touch device, yet still offers the core productivity focus we think BBID-holders will like. Does it have mainstream appeal? Yes, it does, but we’re not sure a great stock keyboard and some trick gestures are enough to unseat the current kings of mobile devices.

With the Z10, BlackBerry has created a smartphone that’s worthy of being mentioned in the same conversation as the latest Android devices and the iPhone. That alone is an accomplishment for a company that has seemed on the verge of extinction for quite a while now…. BlackBerry 10, and by extension the Z10, need to be Cinderella stories to bring BlackBerry back from where it is now, and while extremely solid and with a few very impressive features, I’d be hard-pressed to say there’s anything here that will necessarily convince an Android-loving BlackBerry convert to come back to platform.

With the BlackBerry Z10, I can finally start walking around with just one device in my pocket without feeling like I’m missing out. BlackBerry 10 retains the best features of the BlackBerry of old, plays catch up in the OS and apps department to the competition, and with features like Hub and Flow actually push the smartphone experience further. It’s a BlackBerry that is equally good at getting work done and having fun too.

As the software capabilities grow with a much better browser, all-touch keyboard and other features, it feels like RIM loses it’s core. The company is forced to try to reinvent the smartphone and in the process just seems to end up making an iPhone, Android, and Windows Phone competitor that isn’t as good as any of them. And in several ways, it isn’t even as good as the BlackBerry before it.

The Globe and Mail:

This is the best BlackBerry I’ve ever used. I think a lot of people will like it and some will absolutely love it… From the moment you turn this phone on, you can tell that RIM has put a lot of thought into every aspect of the device. The phone is sleek, certainly, but it isn’t that striking to look at.. But the fluid, flowing nature of the new BlackBerrys is really the main thing that sets it apart from other smartphone platforms.

The BlackBerry 10 OS, looks terrific, and comes with many of the world-class features you’d demand from a modern OS. So it adds a few of its own signature tools for security and business users… BlackBerry lovers who can get past the rookie mistakes will find a polished-looking OS that’s packed with interesting and useful features, but happy Android and iOS users will not find a reason to switch.