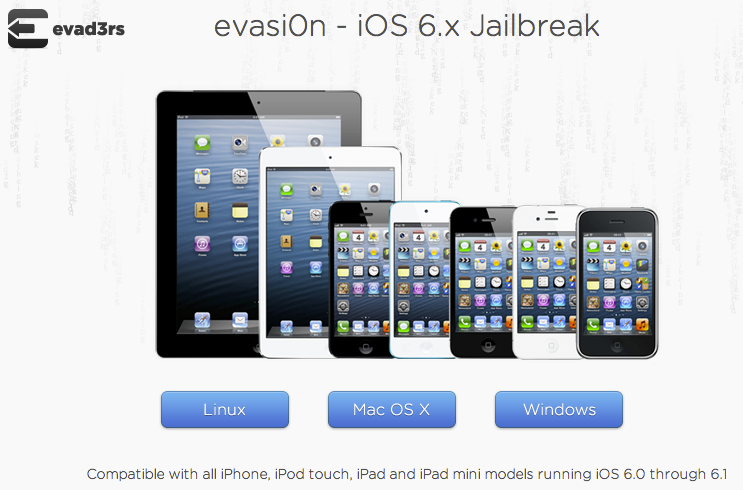 Although there doesn’t seem to be much changed from previous versions apart from some re-ordering, Apple has updated its Knowledge Base article on unauthorized modification of iOS devices following this week’s release of the evasi0n jailbreak tool. The article warned users that jailbreaking could cause numerous issues from shortened battery life to security vulnerabilities and other common issues. Jailbreaking, as outlined by the Electronic Frontier Foundation, isn’t illegal in the United States, but Apple said it might refuse to service devices that have been jailbroken. Jay Freeman, operator of the jailbroken Cydia app store, told Forbes that he witnessed approximately 1.7 million new downloads since the release of evasi0n.

I jailbroke my iPad mini and now it's retina.

The full statement by Apple:

Instability: Frequent and unexpected crashes of the device, crashes and freezes of built-in apps and third-party apps, and loss of data. Security vulnerabilities: Security compromises have been introduced by these modifications that could allow hackers to steal personal information, damage the device, attack the wireless network, or introduce malware or viruses.
Shortened battery life: The hacked software has caused an accelerated battery drain that shortens the operation of an iPhone, iPad, or iPod touch on a single battery charge. Unreliable voice and data: Dropped calls, slow or unreliable data connections, and delayed or inaccurate location data. Disruption of services: Services such as Visual Voicemail, Weather, and Stocks have been disrupted or no longer work on the device. Additionally, third-party apps that use the Apple Push Notification Service have had difficulty receiving notifications or received notifications that were intended for a different hacked device. Other push-based services such as iCloud and Exchange have experienced problems synchronizing data with their respective servers. Inability to apply future software updates: Some unauthorized modifications have caused damage to iOS that is not repairable. This can result in the hacked iPhone, iPad, or iPod touch becoming permanently inoperable when a future Apple-supplied iOS update is installed.
Apple strongly cautions against installing any software that hacks iOS. It is also important to note that unauthorized modification of iOS is a violation of iOS end-user license agreement and because of this, Apple may deny service for an iPhone, iPad, or iPod touch that has installed any unauthorized software.