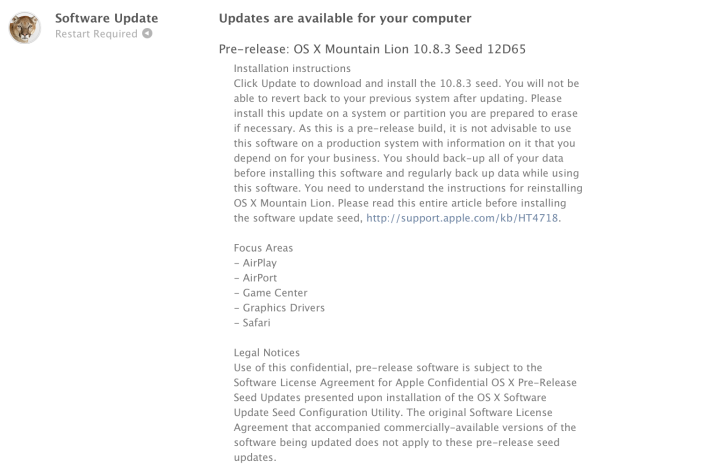 Just one week after the last build, Apple has seeded a new release of OS X 10.8.3 to developers. This new build is numbered 12D65, which is four builds newer than the previous 12D61 release. Apple, once again, tells developers to focus on AirPlay, AirPort, Game Center, Graphics Drivers, and Safari. Earlier today, Apple seeded iOS 6.1.1 beta 1 to developers. Thanks, Anonymous.

According to developers using the new build, this new release appears to fix the “File:///” bug we wrote about recently (thanks, Chris).