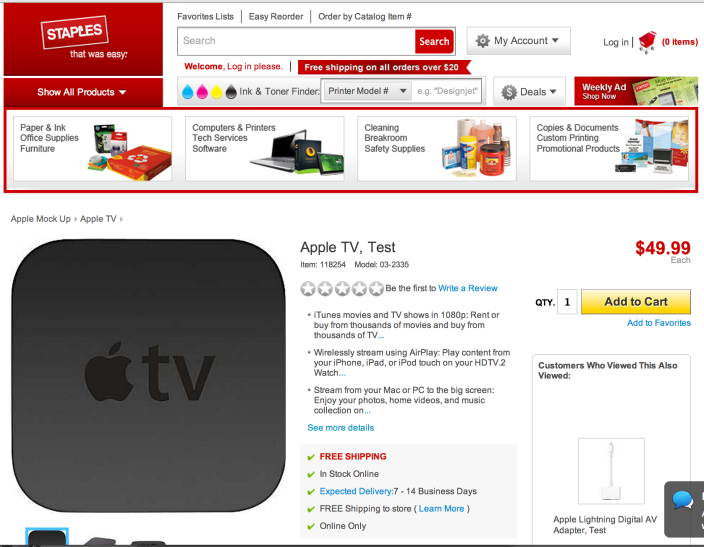 In January we reported that Staples appeared set to begin selling Apple products via its U.S. distribution channels. However, Staples’ official comment on this (since 2011) was that Apple would not sell Staples its products for U.S. distribution. Today, we have learned, Staples has announced to corporate employees that it has finalized a deal with Apple to sell Apple products in the United States.

After Canada, #Apple products are coming to #Staples in US. Great news!

Multiple other Staples employees have tweeted about the announcement. As Mulot notes, Staples currently sells Apple products via its Canadian sales channels.

Apple’s expansion into Staples is significant as the large retail chain has a significant corporate customer base. It is currently unclear which Apple products will be sold by Staples in the U.S. Our previous report detailed the possibility of Mac and iPad accessories in addition to the Apple TV.