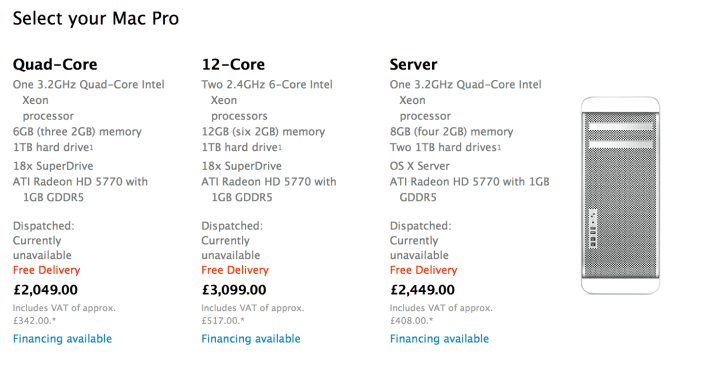 In January, we reported that Apple will stop selling its current generation Mac Pro in Europe on March 1st over new product regulatory standards. Today, Apple’s Mac Pro desktop computer is showing as “currently unavailable” from several European Apple Online Stores. In line with the regulatory standards only affecting Europe, the computer is still available from the United States online store. It is unclear why the machines have been removed today if the new regulatory standards only go into affect in roughly two weeks. However, one possibility is that the removal has to do with Apple’s 14 day return policy. Apple’s internal memo about the Mac Pro discontinuation specifically said sales will stop on March 1st. Resellers can sell remaining inventory after that date. Thanks, Marco.