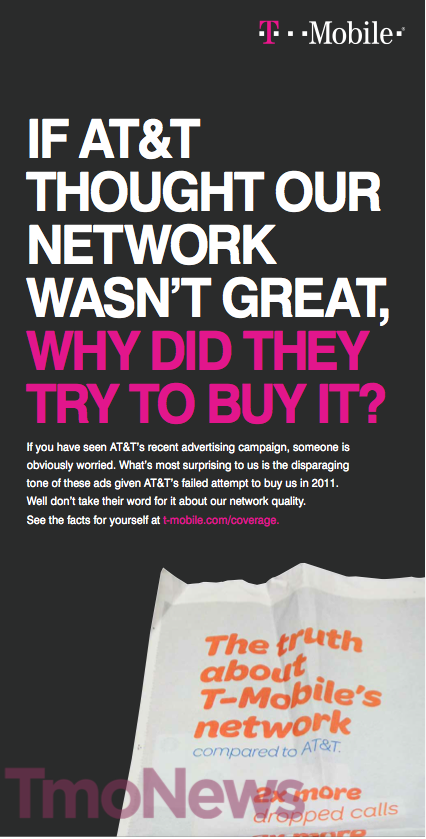 Do you remember when AT&T tried to buy T-Mobile in 2011? Well, T-Mobile certainly didn’t forget.

AT&T ran a full-page attack ad (below) against T-Mobile last week in some of the nation’s largest newspapers, including the New York Times, Wall Street Journal, and USA Today, where it warned consumers of T-Mobile’s “misleading claims.”

T-Mobile clearly wasn’t too happy with AT&T over the ads and has now responded with its own campaign on Wednesday, according to TMO News.

T-Mobile’s scathing ads will run in many of the same newspapers, but, instead of comparing statistics about dropped calls and download speeds, the carrier went straight to the jugular and said its network must do well if AT&T once tried to buy it.

So, get some popcorn, because this is just getting interesting 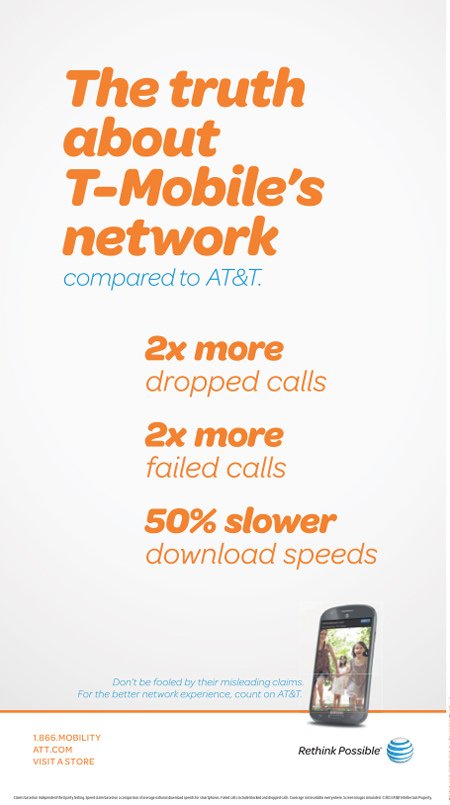