Staples will also offer Apple accessories in its 2,000 brick-and-mortar stores within a month 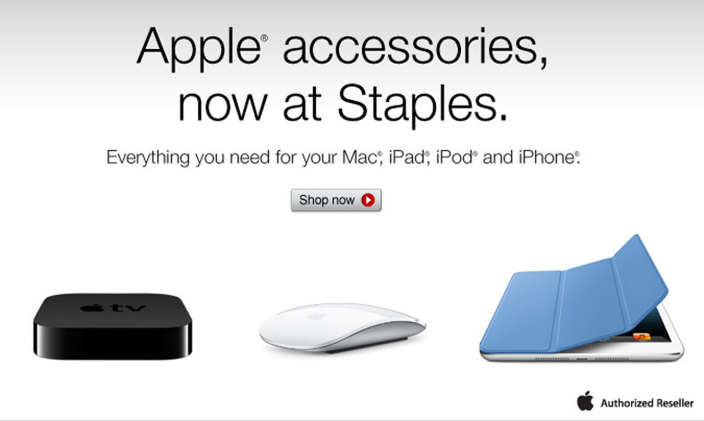 Staples began offering Apple accessories on its U.S. online store last month, and now the office supply retail chain has confirmed the merchandise will soon be available in stores as well.

According to a new report by Reuters, Staples announced fourth quarter and full year 2012 performance earnings on Wednesday, and, during the earnings call, CEO Ronald Sargent said his company would have Apple accessories in stores in Q1. Staples has 1,886 brick-and-mortar stores in North America, including Canada where it already sells Apple accessories, and it allows many businesses, large and small, with corporate accounts to easily buy products with little friction.

Staples has immediately become a source of great Apple product deals at 9to5Toys.com with recent specials, such as: $15 off Apple TV and Airports and 20 percent off of iTunes gift cards.