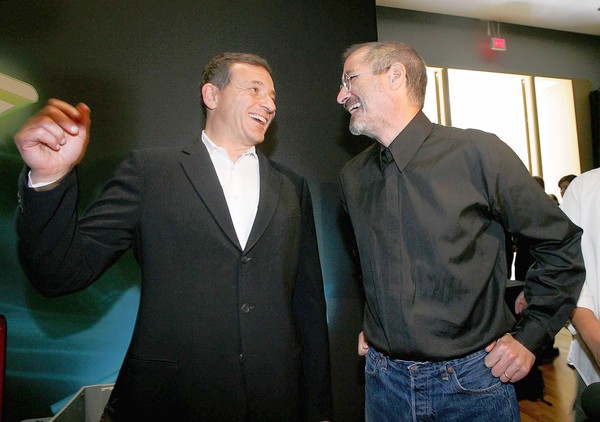 Bloomberg BusinessWeek published a lengthy piece today on “How Disney Bought Lucasfilm- and Its Plans for ‘Star Wars'” and within we get some some insight from Disney CEO Bog Iger on his relationship with Steve Jobs. According to Iger, after becoming a Disney board member and the company’s largest shareholder, Jobs would sometimes call him to say his movies “sucked.”

The transaction gave Disney a new source of hit movies. Jobs also became a Disney board member and its largest shareholder. Periodically he would call Iger to say, “Hey, Bob, I saw the movie you just released last night, and it sucked,” Iger recalls. Nevertheless, the Disney CEO says that having Jobs as a friend and adviser was “additive rather than the other way around.”