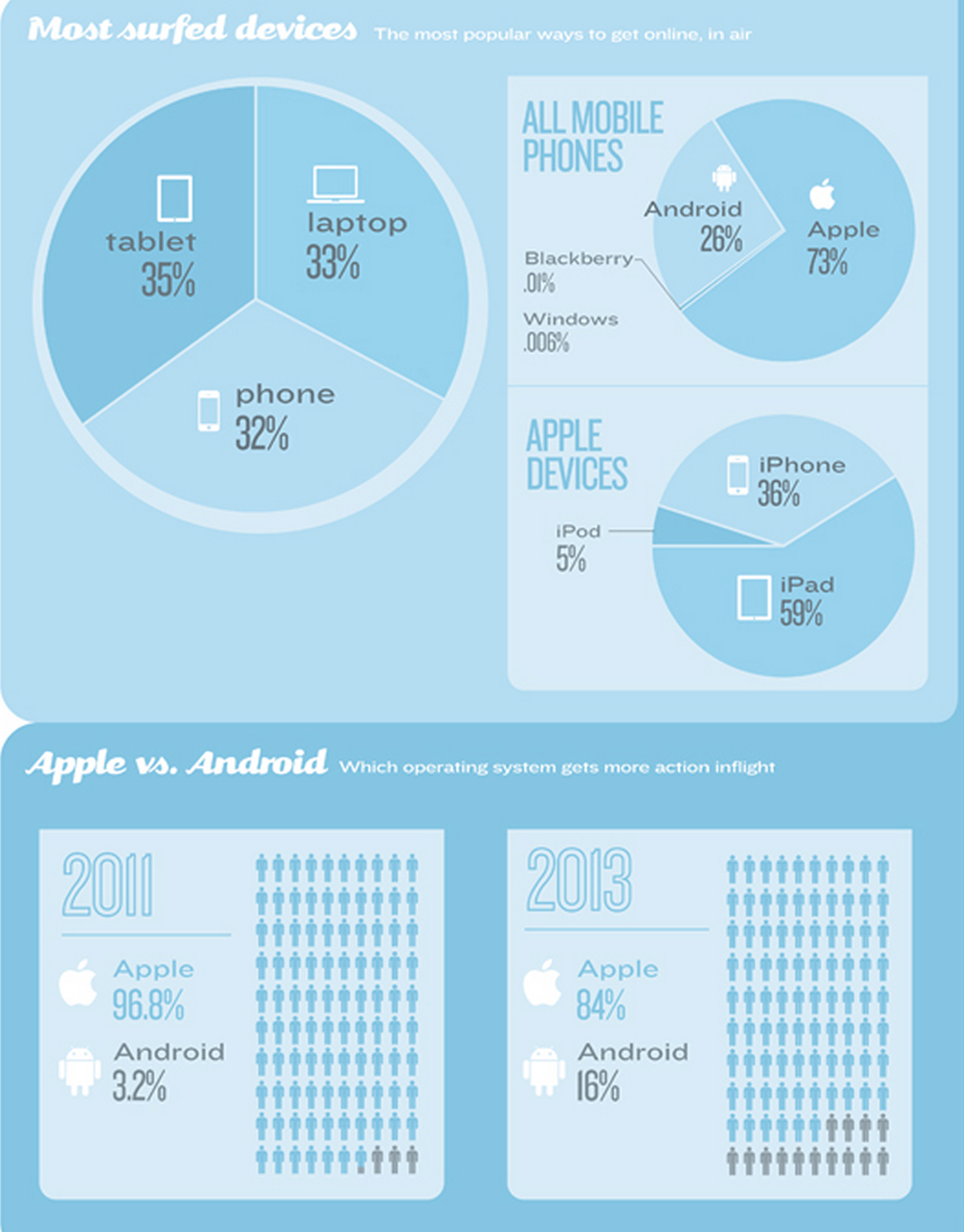 Gogo published the above infographic yesterday on the state of devices using its in-flight network that covers the air over much of North America.

Interestingly, Google’s Chromebooks currently offer free usage of Gogo’s in-flight wireless service yet tablets out number laptops (and by tablets we’re talking iPads). While Apple still owns 84 percent of the device market, Android is gaining some ground after climbing from a 3.2-percent low in 2011 to a 16-percent share in 2013.

Blackberry and Windows Phone? Combined, they don’t make up .02-percent of the share.