The Week in Tweaks: iTunes 11’s Up Next, a dedicated guest mode, and more for your jailbroken iOS device

The “Up Next” feature in iTunes 11 made a lot of people very happy, but the feature was unfortunately never brought to iOS by Apple. To remedy this, the creator of Cydia has published a new tweak that adds this functionality to the built-in Music app. To use it, you just tap a song while another song is playing. You’ll be presented with three options. “Play now” simply stops the current song and starts the new one. “Play next” adds the new song to the beginning of a special playlist and automatically goes to the new song when the previous one has finished playing. The last option, “Play last,” adds the new song to the very end of the playlist and gets to it after playing through the rest of the songs. Cyueue is $2.49 and is available on Saurik’s built-in repository.

Unless you’ve been offline for the past few weeks, you’ve seen the Harlem Shake meme taking over YouTube. This little tweak brings the Harlem Shake to your iOS device. You can set an Activator gesture to trigger it on your home screen or lock screen. Harlem Shake is free on the BigBoss repo.

iOS 6 introduced a new “remind me later” feature for missed calls that automatically created a reminder to return the call a little later. AnyReminder brings this same feature to emails, text messages, push notifications, and web pages in Safari. Not only does it allow for time-based reminders, but can also create geotagged reminders that trigger when you leave your current location. AnyReminder is on the BigBoss repo, and can be yours for $1.99. 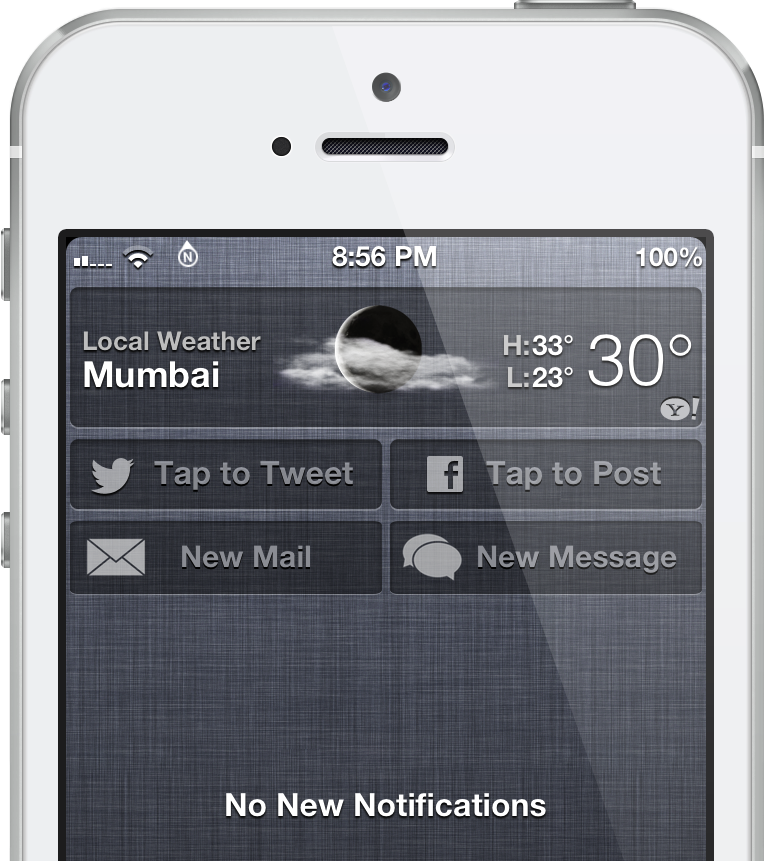 iOS already comes with Notification Center widgets for composing new Tweets and Facebook statuses, but if you want to write an email or send a text message, you have to open those respective apps. Compose comes to the rescue by bringing buttons for composing a new email or text message directly to the Notification Center. The buttons trigger the appropriate compose screen in-place without taking you out of your current app. Compose is available now on ModMyi free of charge.

Tap to Widgets brings additional features to the native social widget in Notification Center. It allows you to add quick-compose buttons for calendar events, notes, and reminders alongside your Tweet and Facebook status buttons. You can set each button to use its own row on the Notification Center and appear as a single button, or you can combine any of the buttons into a single-row set of buttons.

An unfortunate downside of this tweak is that iCloud will not sync the items you create unless you open the app associated with that item at some point after creating it. It’s possible that this will be worked around in future updates, but so far the developer has made no promises of that.

iPrivacy is a tweak that lets you set two passcodes. One is the regular passcode you’ll use to unlock your phone normally, and the other is a special code to trigger “guest mode.” This mode allows you to disable certain apps and other parts of iOS so that people playing with your phone won’t screw up anything important. iPrivacy has a plugin system that allows you to block access to other features by simply installing an addon (which there are few of right now). iPrivacy is free on BigBoss.

When Facebook introduced read receipts for their messaging platform, many people expressed dismay with the idea. A new tweak called FBMessengerUnseen can disable this feature in the Facebook Messenger app. Now you can ignore those annoying messages and people will just assume you never saw them to begin with.