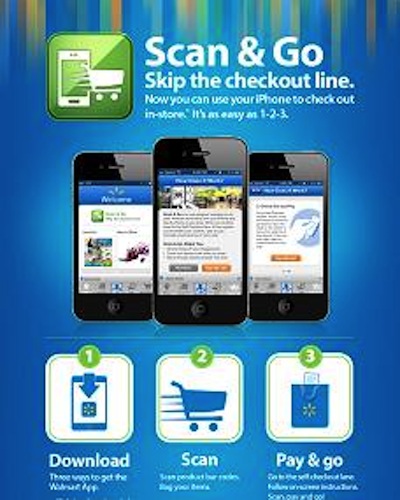 Wal-Mart announced today that it is expanding its “Scan & Go” pilot program that allows shoppers to use their iPhones to scan items at self-checkout terminals. Previously only available at around 70 locations in Arkansas and Atlanta, Reuters reported the program would now expand to a dozen new markets and about 5 percent of Wal-Mart’s 4,000 locations:

Shoppers scan bar codes on items they want to buy, using the Walmart app on their iPhone, iPod touch or iPad to keep track of the planned purchases and the total cost. Then they pay at a self-checkout screen, bypassing the typical registers.