Apple, ranked last year as the world’s 11th most popular website, has now climbed to the No. 8 slot after web analytics company ComScore rather belatedly started measuring mobile as well as desktop access. 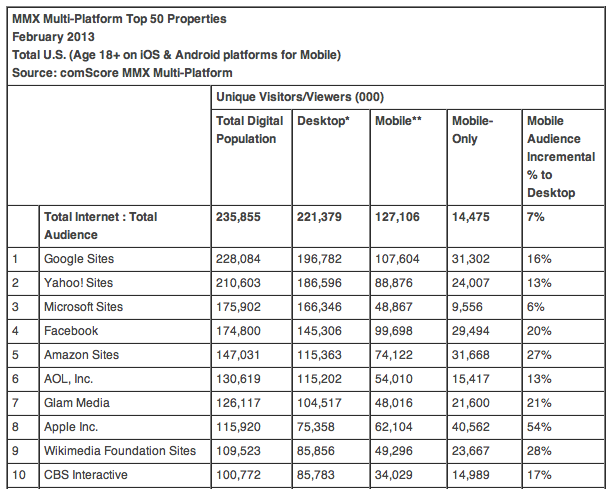 The average top 100 website sees a 38 percent audience gain when mobile is included, but Apple has the largest gain in the top 10 list after adding 54 percent to its numbers.