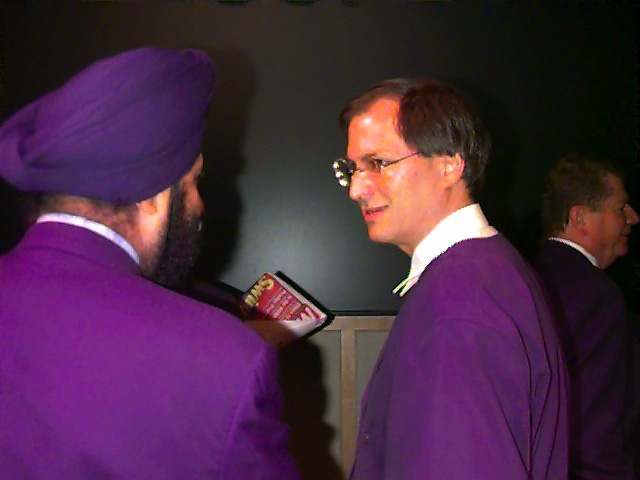 A former Mac OS evangelist who happened to have an Apple Quicktake camera on him on the night Steve Jobs returned to Apple in 1996 has posted some photos on his Flickr account.

He noted that Jobs wasn’t really dressed in purple: the poor quality of the camera made the black suit appear purple, which may explain why Jobs killed the camera project within the year. (Via DaringFireball)