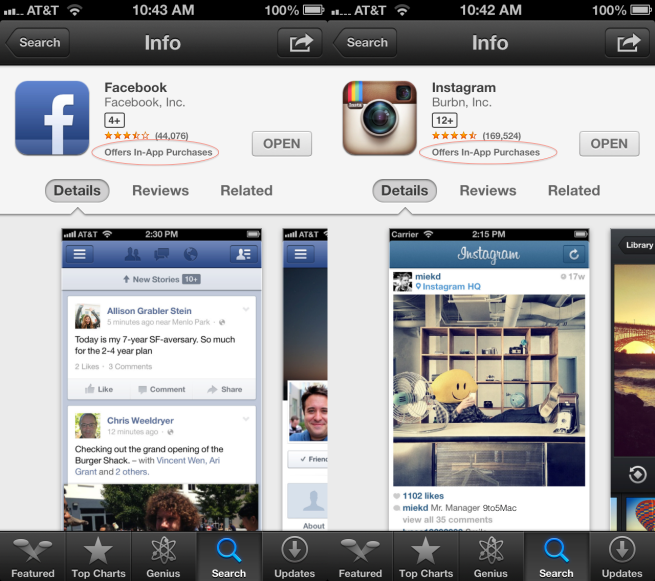 The iTunes App Store is incorrectly featuring the “Offers In-App Purchases” badge on select apps that do not include In-App Purchases, as David Smith noted today on Twitter.

Facebook and Instagram, which are both free and offer no In-App Purchases, are the most prominent apps to feature this bug. The bug can be seen on both the iOS variant of the App Store and via the iTunes application on computers.

The warning is problematic in that it could deter customers from downloading a free app that does not actually include in-app purchases.

It is possible the bug is related to changes made last week to the App Store that make age ratings more prominent and features an “Offers In-App Purchases” warning that satisfies a class-action lawsuit.

@9to5mac did anyone notify @LodsysLLC of this bug?

UPDATE: Apple appears to have resolved the In-App Purchases bug in its App Store.