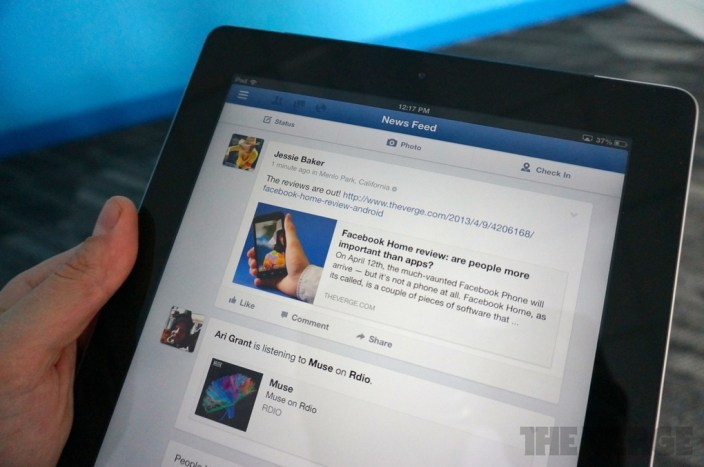 Facebook has released an updated version of its Facebook application for iOS today, bringing the iPad application more in line with the website’s recently announced redesign and adding some features from the Android-based Facebook Home software. The Verge took a hands-on look at the updated app.

The iPad application now has a more streamlined, simplified user-interface that focuses more on content such as photos…

The iPad application, in addition to the iPhone and iPod touch versions, gained a few other neat features that are inspired by Facebook Home. 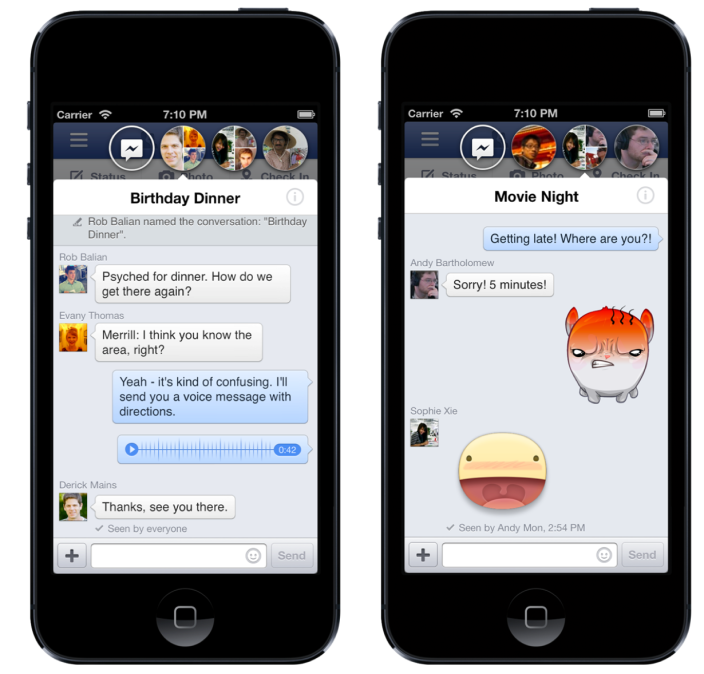 One of Home’s most popular features is ChatHeads, a feature that allows for easier Messaging access with specific Facebook friends.

The feature, unlike on Android, works only within the Facebook app. Also present are “Stickers,” which are essentially large Emoji-like icons.

Press release about the app update below:

These new features include:

o   Now you can keep chatting, even when you’re doing other stuff on Facebook, like checking your News Feed.

o   Tap chat heads to reply, drag them around, or flick them down to close.

o    We’re also rolling out the improvements to News Feed that were announced in March.

This update to Facebook for iOS is now available in the App Store. Chat heads on the Facebook app for iPhone will roll out fully over the next few weeks.