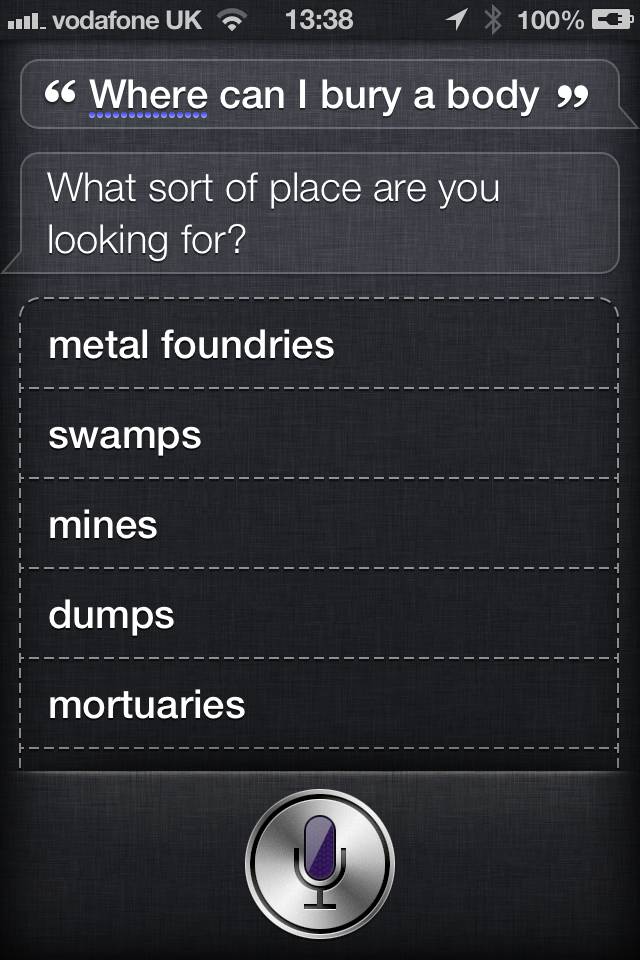 Apple has disclosed that it keeps your personalized Siri data for two years, after Wired commented on what seemed like rather vague privacy statements. Since Siri has only been around for two years that means Apple should start deleting data later this year on the anniversary of the launch of the iPhone 4S…

Although you don’t explicitly train Siri to recognise your specific voice the way you do with Dragon Dictate (9to5toys deal here), Apple does in fact keep individual voice data files for each user to improve Siri’s ability to interpret your speech. Although Apple still hasn’t been too specific about what data is stored, it’s likely to include both past searches and data stored on your phone such as the names of your contacts …

However, all data is anonymised.

Here’s what happens. Whenever you speak into Apple’s voice activated personal digital assistant, it ships it off to Apple’s data farm for analysis. Apple generates a random numbers to represent the user and it associates the voice files with that number. This number — not your Apple user ID or email address — represents you as far as Siri’s back-end voice analysis system is concerned.

ACLU lawyer Nicole Ozer is still not satisfied, calling for the privacy policy to be given greater prominence and advising users to exercise care:

Transcripts “of what you say to Siri could reveal sensitive things about you, your family, or business,” she added. “Siri works for Apple, so make a note to yourself to really think before you speak.”

Personally, until such times as I build a criminal empire or begin my plans for world domination, I think I’m happy enough with my random number.

Does Siri store your data