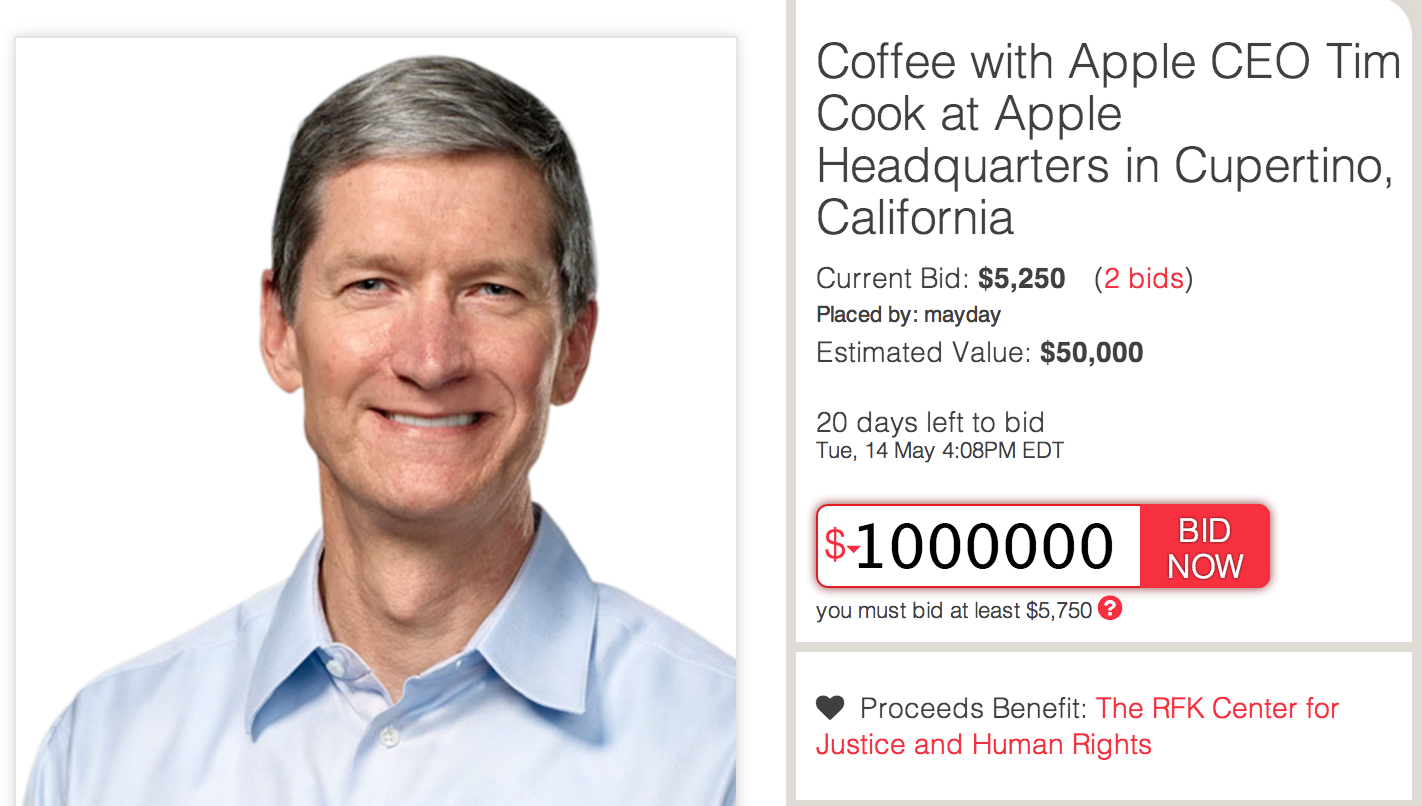 Apple CEO Tim Cook appears to be offering up his services to charity auction site Charitybuzz in hopes of raising an estimated $50,000 to support the The RFK Center for Justice and Human Rights. By services we mean the winning bidder will get the opportunity to have coffee with Apple’s top exec at Apple’s headquarters in Cupertino, California.

The auction listing notes that it was “Donated by: Tim Cook” and after opening earlier this morning currently has two bids of just over $5,000.

The estimated value for the auction is set at $50,000, and the winning bid will get two lucky individuals the chance to sit down with the CEO for 30min to 1 hour. However, bids don’t include travel or accommodations and Cook’s guests will also be “subject to security screening” before hand to weed out the crazies. (via @Ihnatko)

If you can’t afford Tim Cook, former U.S. President Bill Clinton is available for less than half the price (via).