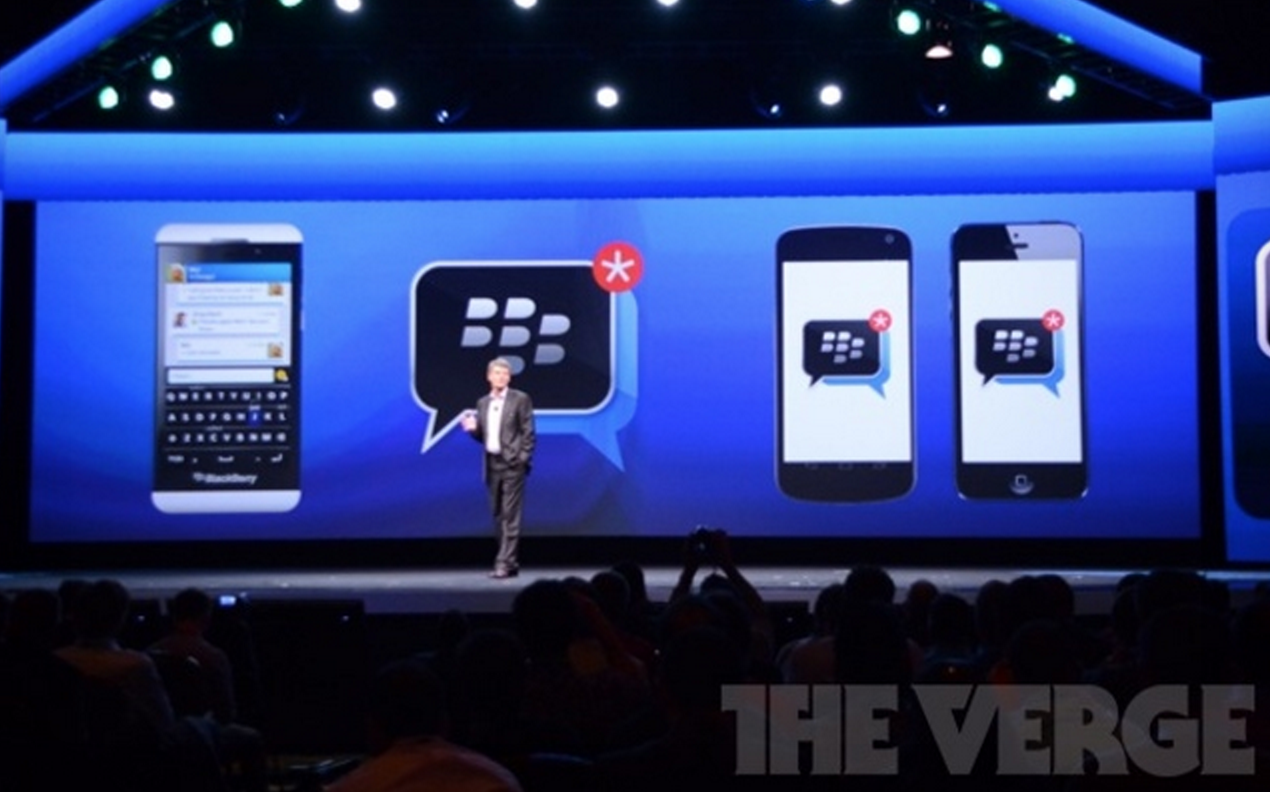 Although BlackBerry has been rumored to bring its BBM messaging platform to iOS and other devices before, today the company has made things official announcing at its event that support for both iOS and Android will be arriving in the coming months. The service, which BlackBerry says currently has about  60 million monthly active users, will come to devices running iOS 6 and Android 4.0 or above when it’s launched as a free app sometime this summer in the App Store and Google Play.

The company said that it would be bringing messaging and groups functionality to new platforms first but also has plans to introduce voice features, screen sharing, and its just announced “social engagement platform” dubbed ‘Channels’ in future releases. BlackBerry CEO Thorsten Heins said the company is “committed to making the BBM experience on other platforms as fully featured” as possible. While features such as screen sharing and voice will come later, the following features will be available to the iOS and Android apps at launch:

BlackBerry notes in its press release that Apple and Google will first have to approve the planned BBM apps (as always) before launching in the App Store and Google Play.