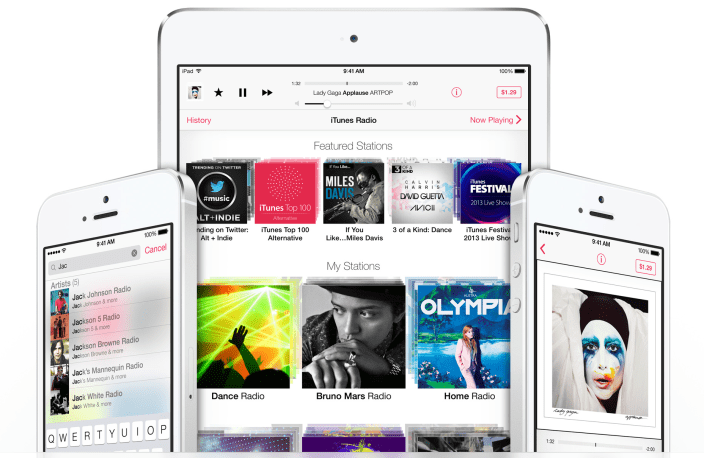 According to Bloomberg, Apple is targeting a launch for iTunes Radio in the United Kingdom, Canada, New Zealand, and Australia for early 2014. The report positions this iTunes Radio launch as beating Pandora to launch in these English speaking regions.

Apple Inc. (AAPL) plans to expand iTunes Radio to English-speaking countries outside the U.S. by early 2014, beating industry leader Pandora Media Inc. (P) to the U.K. and Canada, people with knowledge of the situation said. iTunes Radio is also set to start early next year in Australia and New Zealand, where Pandora already operates, said the people, who asked not to be identified because the plans aren’t public. Nordic countries are also being targeted in the same time frame, the people said.