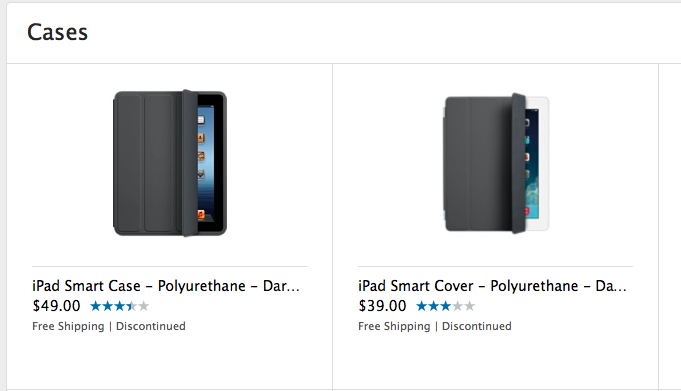 Update: A few hours after these listings appeared on the store, Apple has reversed course and no longer lists either case as discontinued. However, both cases are now only available in gray rather than the full range of colors that were previously available.

Despite keeping the iPad 2 around for yet another year, Apple has discontinued the cases that it designed alongside the second-generation tablet. Both accessories are still available for sale for the time being, although some colors are now listed as “unavailable to ship” and will probably be removed in the coming days.

This move is likely due to the constantly-decreasing demand for the older iPad model in favor of the new iPad Air, which neither of these cases will fit. The iPad Air goes on sale tomorrow morning starting at $499 for the 16 GB Wi-Fi model.