A week with the iPad Air in three words: Believe. The. Hype.

All tech companies love to hype their shiny new gadgets. Nothing is ever a slightly better version of the last model, everything is a ‘breakthrough’, changes are always ‘dramatic’, performance is always ‘ground-breaking’.

Apple is of course the acknowledged master of the marketing arts, so if I’m honest I mentally toned-down all the claims in the keynote about it being “dramatically thinner and lighter,” and I responded to Phil Schiller’s claim that “once you hold one in your hand you will understand what a tremendous advancement this is” with a wry smile.

But having owned and used one extensively for a week now, I actually think Apple’s hype didn’t go far enough. This is not just a bit thinner and lighter, it’s virtually a third category of iPad …

Ever since I bought the original iPad, it’s been my go-to mobile device. My iPhone gets used mostly as a phone (how unusual is that?), and my MacBooks – even my lovely MBA 11 – only get carried when I know I’m going to need them. The portability, instant on/off, decent screen-size and phenomenal battery-life made the iPad my constant mobile companion.

I was never interested in the iPad Mini: the screen size was just too much of a compromise for me. I upgraded to the iPad 2, but with 4G just a twinkle in the eye of UK carriers at the time, the third and fourth generation models didn’t offer enough differentiation to tempt me. Indeed, my real motivation for buying the iPad Air was 4G finally taking off in the UK.

My first surprise on seeing the iPad Air in the flesh was that it looked so much smaller than the dimensions and photos had suggested. That reduction in bezel size may have seemed modest on paper, but it really made an incredible difference to the perceived size. This thing looked like a cross between a full-size iPad and a Mini.

That thinness too. I’d never thought of any of the earlier iPads as thick, but viewed against this, they suddenly looked like a previous generation of technology.

But it was picking it up that made me go ‘wow.’ Phil Schiller was right. If anything, he didn’t go far enough. This isn’t just a smaller, lighter iPad, it’s an iPad with the screen-size of the original and the portability of the Mini. 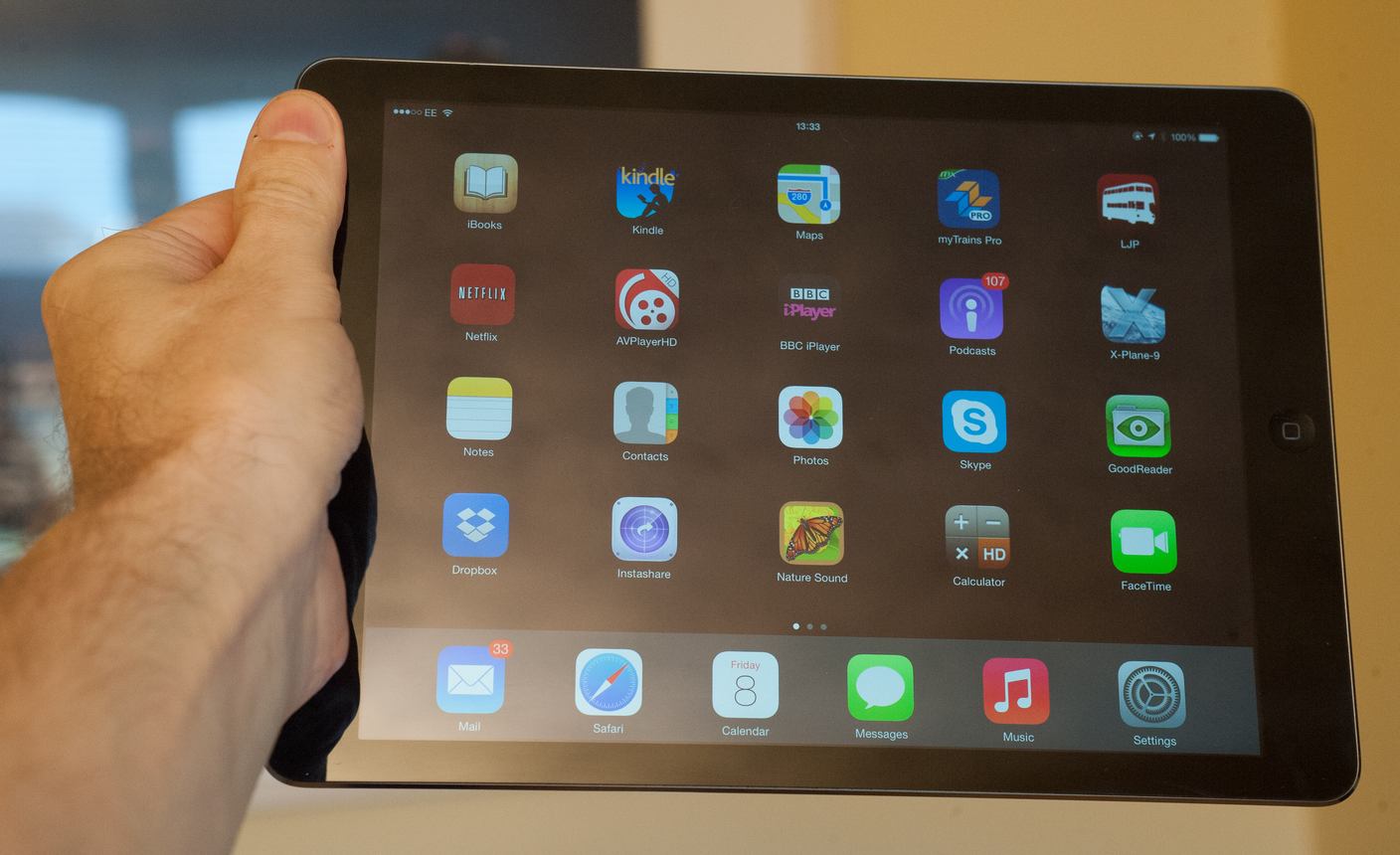 A week in, that difference is all too apparent in the way I use the iPad. Previous iPads had always been two-handed devices; the combination of slimness and weight means the Air feels perfectly comfortable held in one hand. 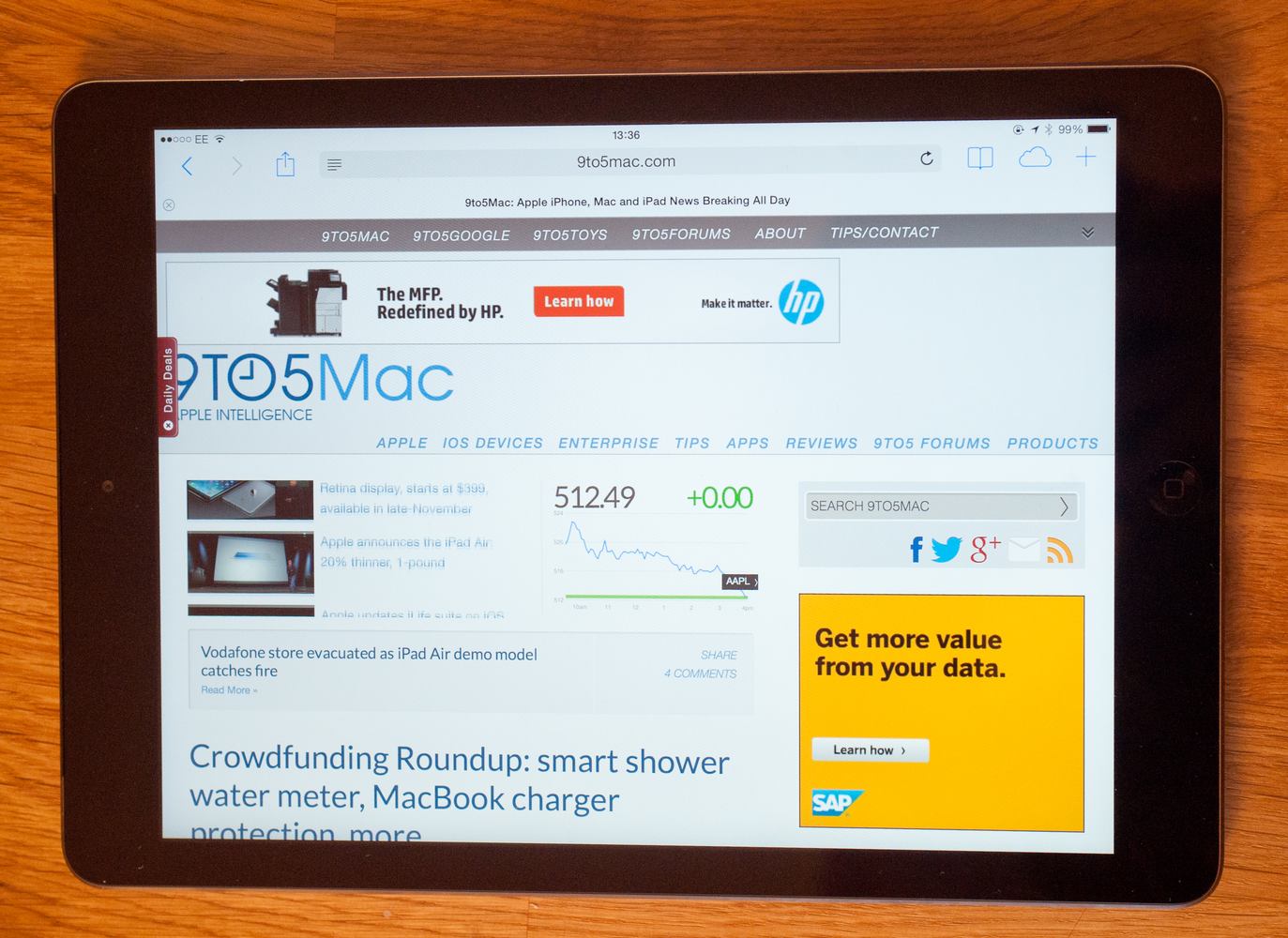 Performance has also proved impressive. All of the iOS 7 animations are silky-smooth, and the video comparison of webpage rendering speeds has indeed been experienced in day-to-day use. Twice as fast? I can’t say that shows up in my usage, but then I’m not a gamer: X-Plane is my only real iPad gaming weakness. 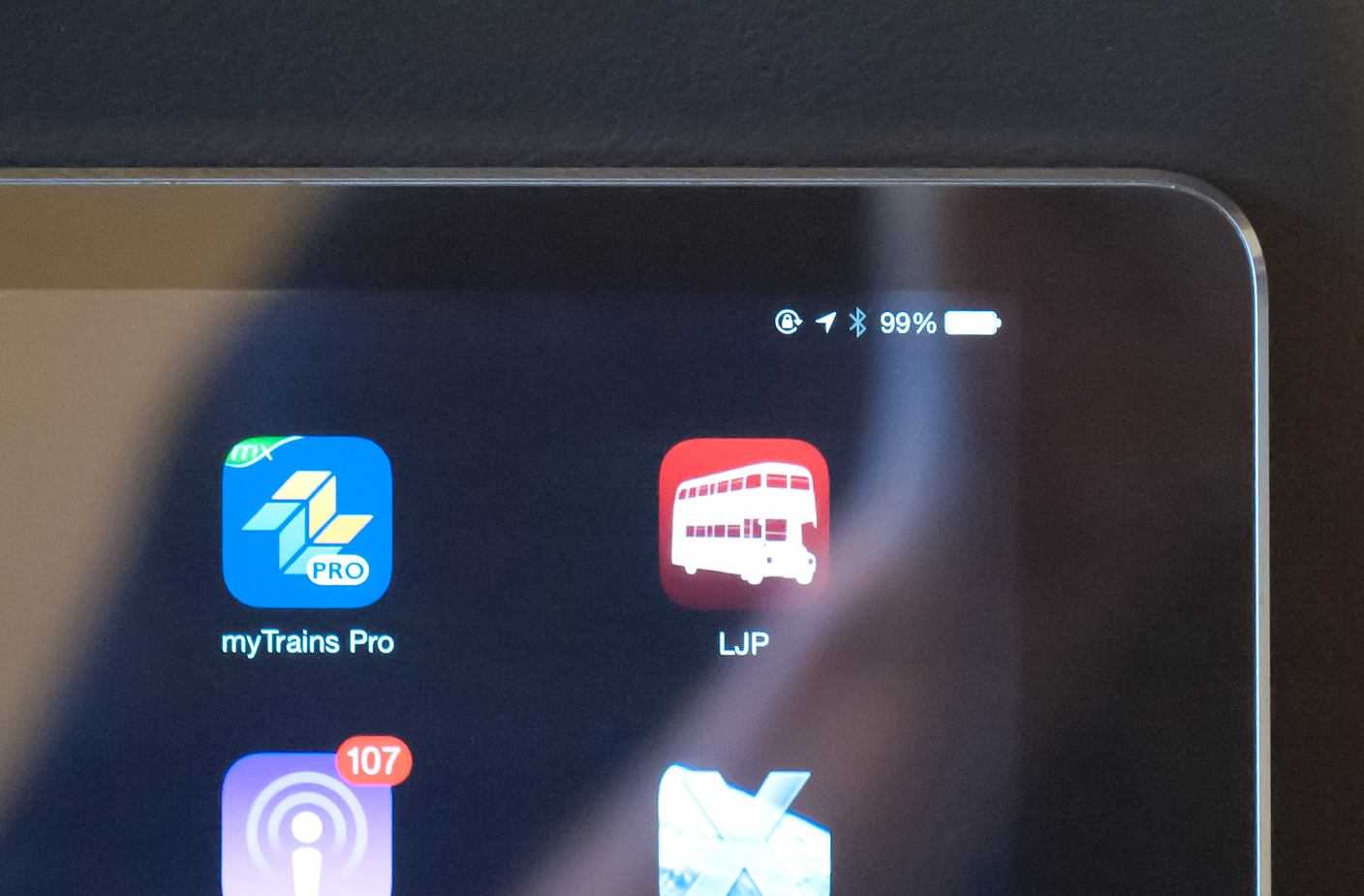 But battery-life? That has shown up for sure. Apple is still only saying ten hours – the more efficient power usage of the A7 and M7 chips making up for the smaller battery – but the company is wrong: it delivers significantly more than this.

I’d always liked the 10-hour battery-life, not just because it can get me through pretty much any day out-and-about, but also because it makes the math simple: one hour for every 10 percent battery-life showing. But what I started noticing with the Air is that I could use it for two hours and still have 85 percent or more showing.

Eventually, I had to test it by running it flat. I have a home office, so picking a day when I wasn’t out in the evening meant I could just leave it on all day. Granted it wasn’t doing anything active for most of the daytime (I just refreshed a webpage every now and then), but I had everything on – wifi, Bluetooth and GPS – and the screen was on at a comfortable reading level all day. In the evening, I used it as my sofa browsing device. I didn’t notice when it finally switched off, but the last time I’d made a note, it was at 12 hours 7 minutes and still showing 6 percent remaining.

So long as you’re able to charge it overnight, for all practical purposes the iPad Air has infinite battery-life.