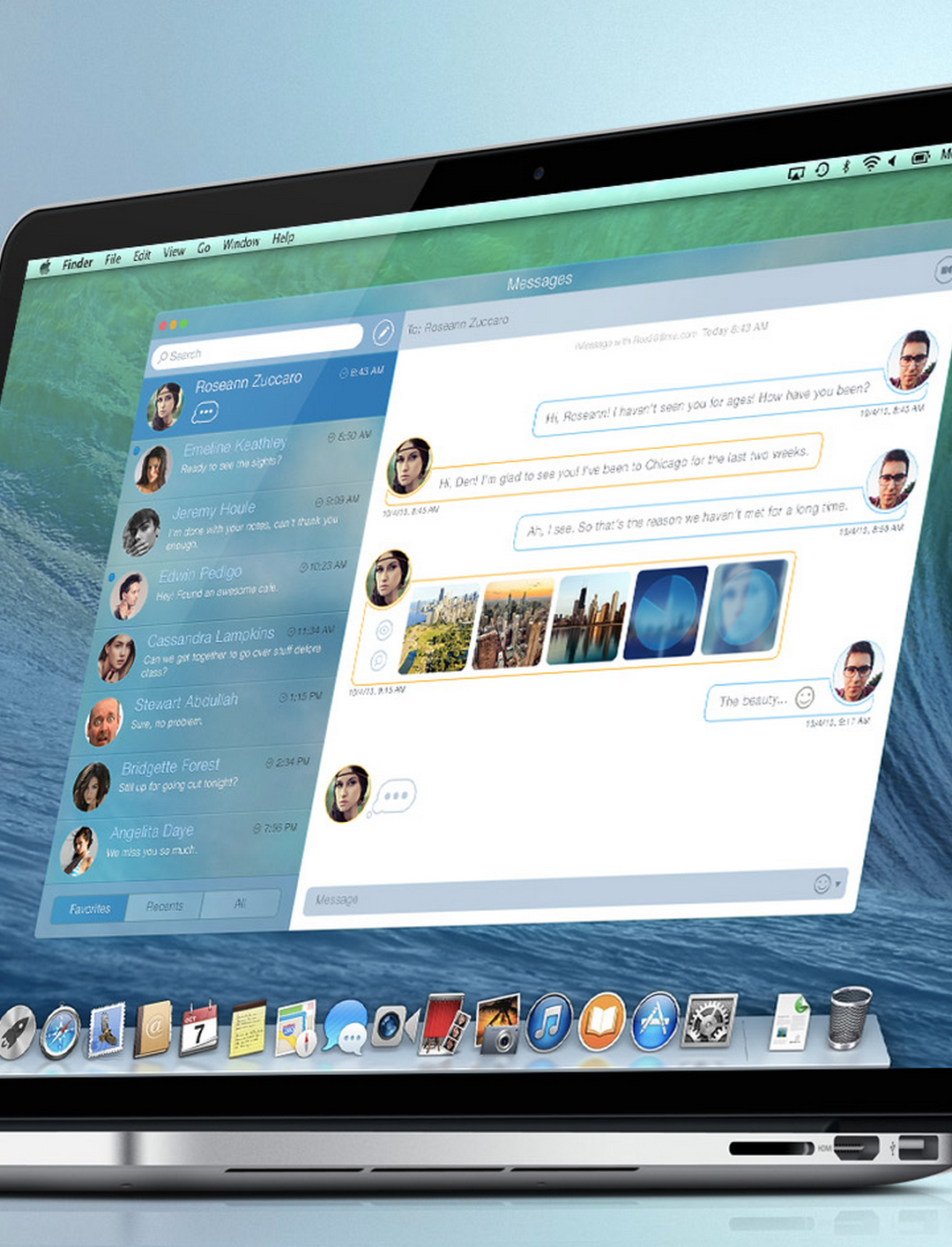 It’s no secret that Messages on OS X, Apple’s IM app that’s integrated with its iMessage service on iOS devices, has long been a frustration for users. The app has received a name change and slightly new look since the iChat days, but it hasn’t improved much in terms of functionality or reliability– some would say it’s gotten worse. While many of you would probably settle for a Messages app that simply works reliably, app developer Denis Pakhaliuk just sent over his concept of a completely revamped Messaging app for OS X.

On top of a redesigned UI that implements “Smart Colors” and some iOS 7-style translucency, the concept imagines a Messages app with much needed filter and sync features, truly instant sync between devices, new indicators for statuses, media uploads, and more.

Head below for the full gallery: