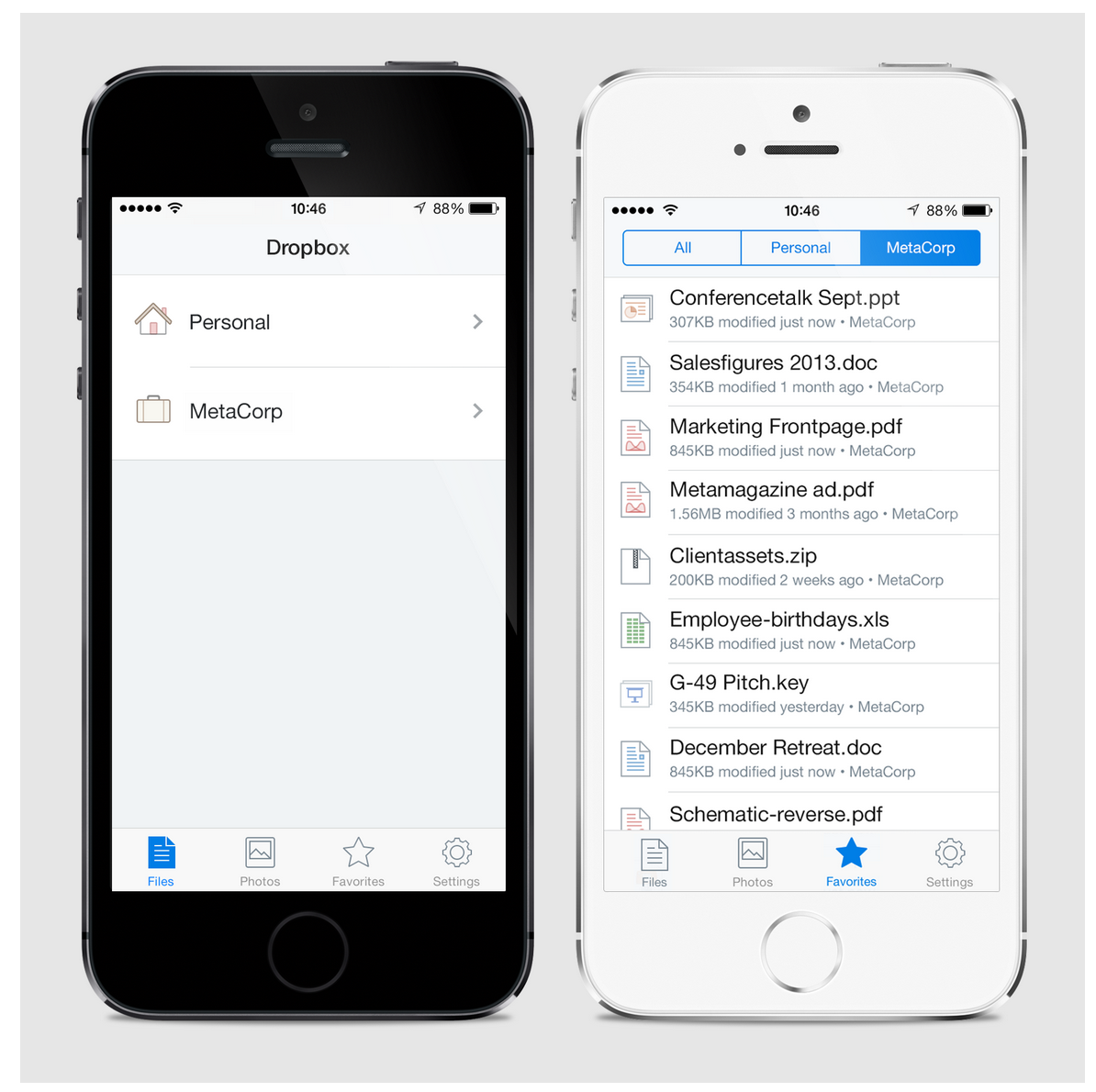 Dropbox today announced some big upcoming changes to Dropbox for Business, its paid enterprise offering that provides accounts for multiple users and enhanced security, support, and team management features. The big new feature is the ability to connect your business account to your personal account and use both simultaneously (pictured above), but the screenshots of an upcoming iOS 7 redesign for Dropbox is what really caught our eye.

Above is the image posted to Dropbox’s blog today showing a completely redesigned iOS app. It looks a lot like a couple images that we’ve got our hands on of the upcoming redesign. Head below for two more shots:

Dropbox says the new Business features are rolling out later this month, so we’ll have to keep our eyes out for the redesigned iOS 7 app in the coming weeks.