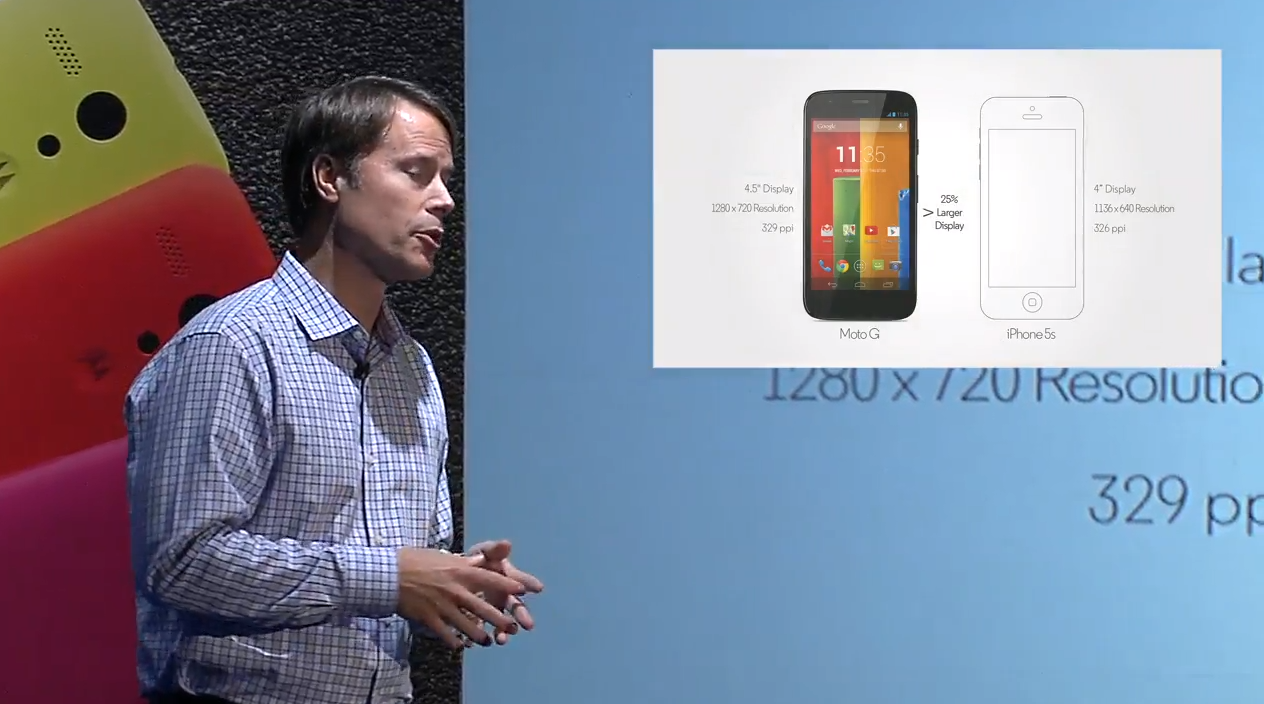 Motorola is hosting a live stream as we speak to announce its new Moto G smartphone, which was rumored to be a slightly lower cost follow up to its flagship Moto X launched earlier this year. At just $179 for the 8GB model of the Moto G off contract, Motorola is strongly positioning the colorful device as a competitor to the iPhone 5c, and it made a point of comparing the devices during its presentation today. While mentioning several times that the Moto G is a third of the price of the iPhone, it also presented the slide above noting that the Moto G “outperforms the most popular smartphone” by beating out the iPhone 5s display in both screen size and resolution.

The other specs might not be anything to brag about, but with really aggressive pricing and colorful replaceable backplates, Motorola could have a serious iPhone 5c competitor on its hand.