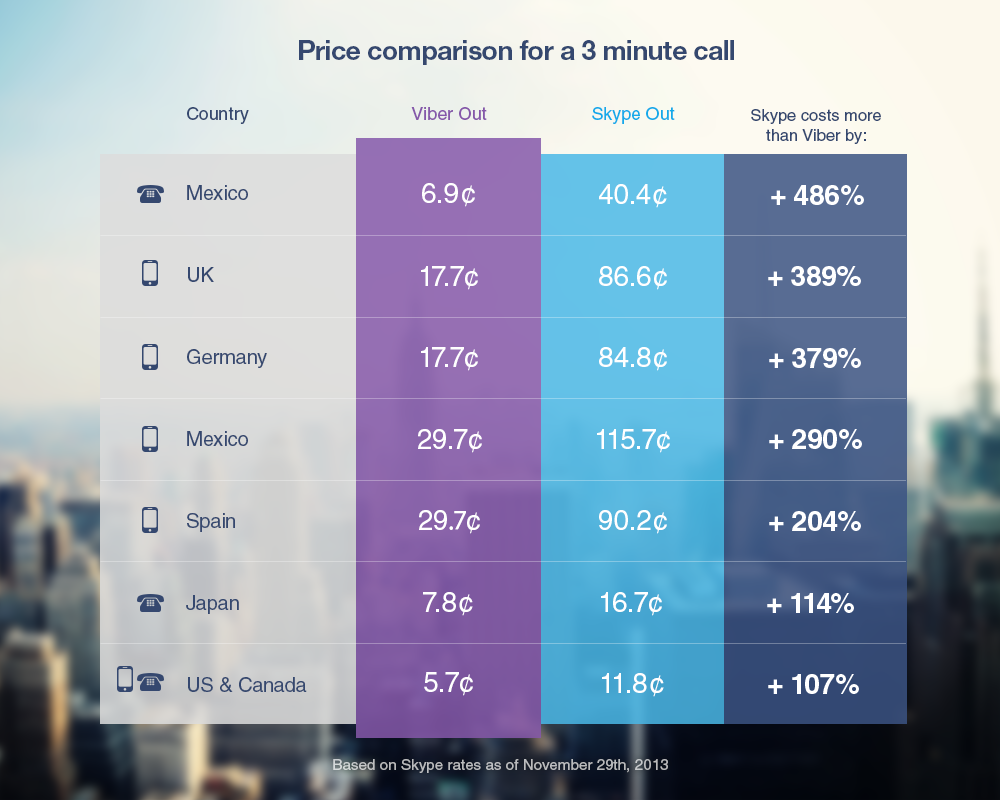 Viber, the popular cross-platform VoIP app, released Viber 4.1 for iOS today. The new app introduces a new calling feature called Viber Out. This service allows users on any supported Viber platform to place outgoing calls to any landline or mobile number in the world at rates lower than many other similar offerings.

Viber Out also allows users to use their real phone number as their caller ID, meaning the party on the other end will see your number as if the call was coming from the users phone, so there’s no need for your contacts to save a new VoIP number in order to recognize you.

Viber 4.1 is rolling out for iPhone now on the iOS App Store.