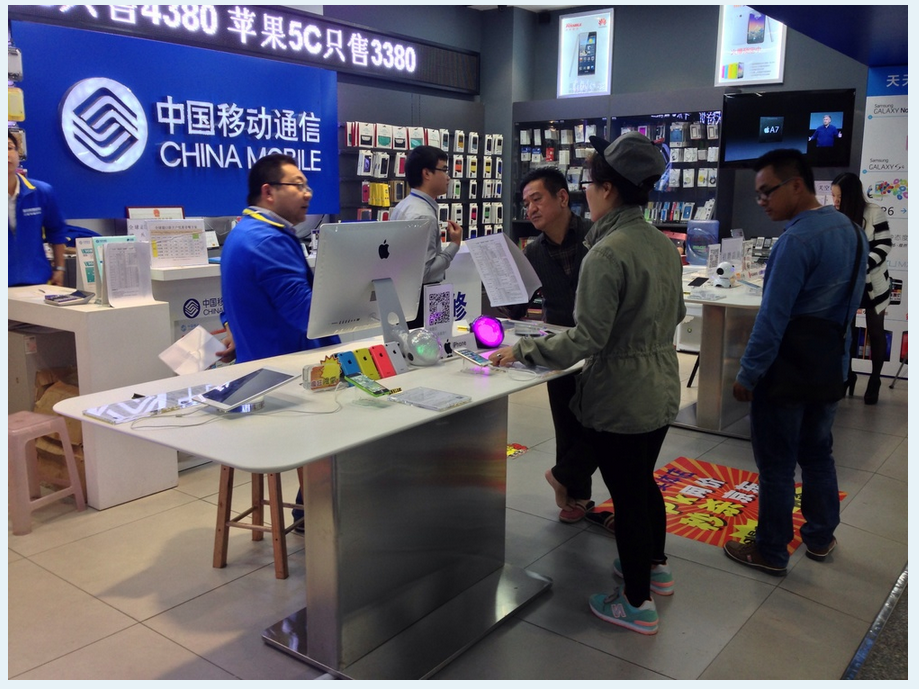 AAPL stock took a 1.8 percent hit in pre-market trading as China Mobile not only failed to announce its iPhone launch today as had been expected, but its chairman Xi Guohua specifically told reporters that the world’s largest carrier had no announcement to make.

While neither Apple nor China Mobile ever officially confirmed today as the launch date, the Chinese government confirmed the date as the one on which 4G service would begin, China Mobile had said it would launch “a new brand” today and the WSJ seemed confident last month that today was the day.

The deal has been a very long time in the coming, but all the pieces of the puzzle looked to have fallen into place …

The Chinese regulator signed-off the final licence in early September, Apple announced that the handsets would go on sale in China as of the opening weekend, we’ve had leaked China Mobile posters, a pre-order website, in-store displays (photo, above) – and 4G service in China did indeed begin today as promised. That the iPhone launch hasn’t happened is very odd.

While there are already millions of iPhones in use in China (one source claiming as many as 42M unofficially using China Mobile’s network already), and the iPhone has already officially launched on smaller Chinese carriers, the China Mobile deal is expected to generate tens of millions of extra sales for Apple. Estimates have ranged from 38M for China and Japan combined to 70M for China Mobile alone.