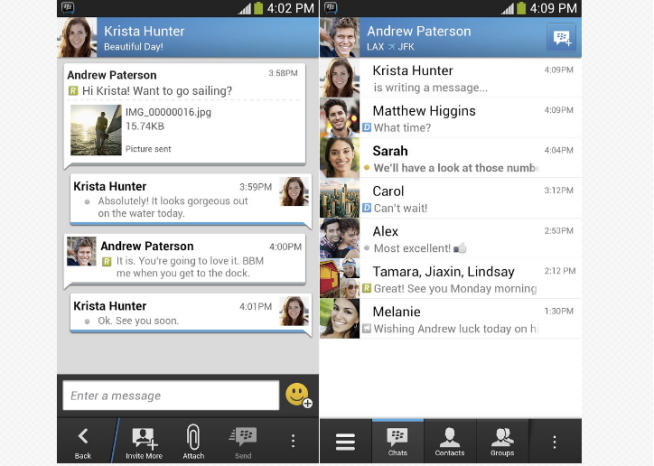 Holy wowzers Batman as BlackBerry announces over 40 million “newly registered iOS/Android users in the last 60 days.” The BBM tidbit dropped during this morning’s BlackBerry Earnings Report and while we’ll ignore the economic crisis that is BlackBerry, the messaging numbers are pretty interesting.

Messaging: Over 40 million newly registered iOS/Android users in the last 60 days; more than a dozen Android OEMs to preload BBM, including most recently LG; over 250,000 BBM Channels created by global user base since launch of BBM Channels on BlackBerry, including large brands such as Coke Indonesia and USA Today; BBM is the most secure mobile messaging service for use in regulated enterprises.

Here’s the thing, nobody will doubt that 40 million is a large number and a great start for BBM. The lingering question I’m asking and I’m sure I’m not alone in wondering…how many of those 40 million are still using the app? Unfortunately, BlackBerry introduced BBM (iTunes Link) to the Android and iOS world in a time where messaging apps are a dime a dozen and BlackBerry isn’t offering any differentiators.

We know that BBM is now being preloaded on some LG devices and it’s likely BlackBerry will have more than OEM pushing BBM as a pre-installed application next year. Still, I can’t help but ask this question a second time: how many of those 40 million registered BBM users on Android/iOS are still using the app? How many still have the app installed?