The iPhone forced Google to start over … or not, depending who you believe 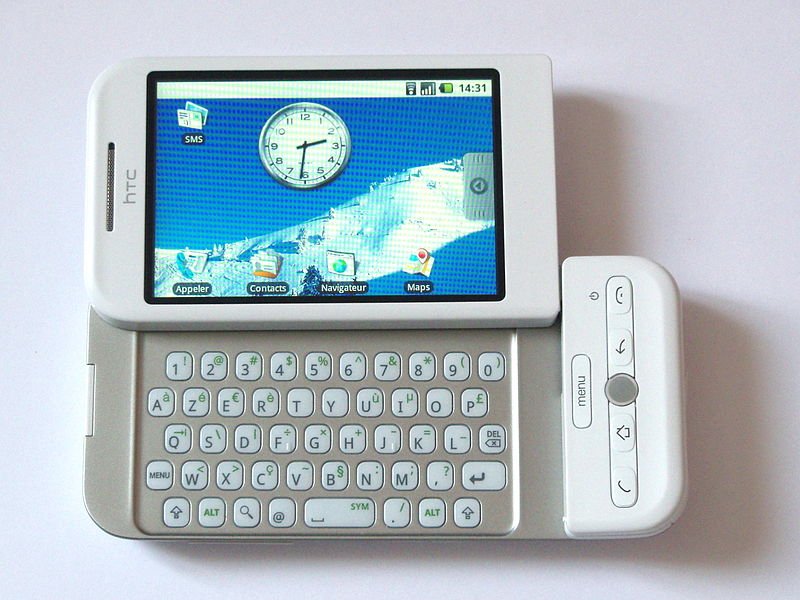 The HTC Dream: the first Android handset to go on sale, a year after the iPhone

A pithy quote from a Google engineer working on Android on the day the iPhone was launched has been doing the rounds today.

As a consumer I was blown away. I wanted one immediately. But as a Google engineer, I thought ‘We’re going to have to start over.

The quote, attributed to Google engineer Chris DeSalvo, appears in Chapter 2 of Fred Vogelstein’s Dogfight: How Apple and Google went to war and started a revolution. It suggests that Google had to abandon a Blackberry-style smartphone in favor of a touchscreen one in direct response to the iPhone. This is seemingly supported by Android boss Andy Rubin reportedly saying in response to the webcast of the iPhone launch: “Holy crap, I guess we’re not going to ship that phone.”

A fellow Android engineer who had been working at Google since 2006 has a different recollection. Dianne Hackborn (via OSnews) says that Google had already been working on two versions of its first Android handset, the Sooner and the Dream. The Dream had a touchscreen, the Sooner didn’t, and that the decision to abandon the non-touchscreen version happened before the iPhone launch.

I don’t recall the exact dates, but I believe the decision to drop Sooner was well before the iPhone announcement… though we continued to use it for quite a while internally for development, since it was the only semi-stable hardware platform we had.

The iPhone influence still, of course, cannot be denied. Multi-touch was a huge part of what made the iPhone UI work so well, and the touchscreen keyboard gave us the simple, thin form-factor copied by countless Android handsets since.

Perhaps that’s where Google should really get the credit: knowing who to copy. At the time when the iPhone was launched, smartphone pioneers Nokia, Microsoft and Blackberry were all insistent that hardware keyboards and styluses were the way to go. It seems hard to imagine now, but these companies led the field and Apple was basically this upstart computer company with no experience or credentials in the smartphone field (except the horrific Rokr, a joint venture with now-Google-owned Motorola).

Even after the iPhone was launched, the old boys – who thought they knew better – were dismissive of this incredibly expensive, keyboardless, finger-controlled device. Google, however, saw which way the wind was blowing and jumped enthusiastically on board. They turned their ship on a dime, the way Bill Gates turned Microsoft when he saw the Internet.

So whichever version is true – whether or not the decision had already been made – the iPhone certainly changed smartphones forever, and Google spotted that fact right away.