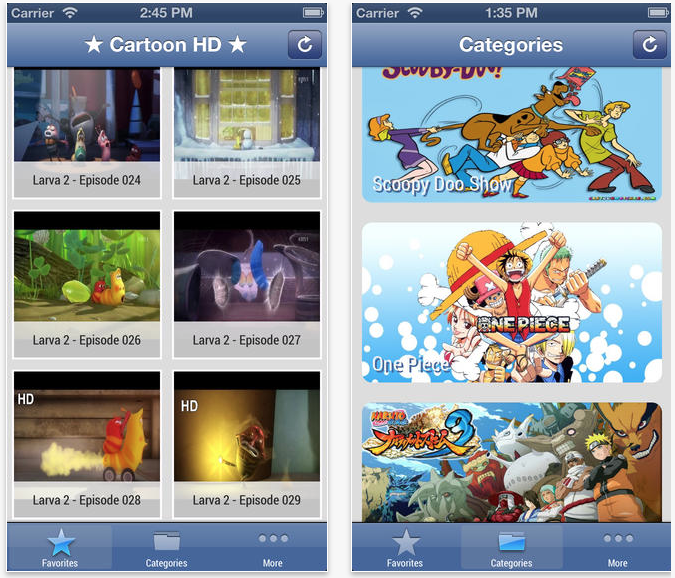 We don’t expect Cartoon HD to last on the App Store for long, but at the moment you can grab this free iOS app that says it offers streaming access to 2000 cartoons.

There’s also a paid ‘Pro’ version which claims to allow downloading, but from the reviews it sounds like you shouldn’t waste your money.